Back to school around Europe in 2020 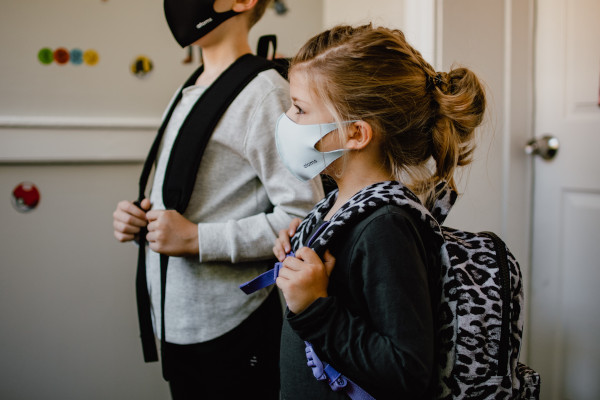 With the reopening of schools, governments and education ministries have enforced different approaches to minimise contagion. A group of six Erasmus+ coordinators and eTwinning members share how they are getting back to school with first-hand testimonies.

Czech Republic: The Czech education system has changed a lot since spring 2020 due to COVID-19: online learning has become compulsory for children, and teachers are learning how to effectively teach online. The number of infections varies from region to region, and even from school to school. Schools continue to follow the rules in the hope that they will postpone closing down, and both children and teachers are very much enjoying time spent in the classroom.

Greece: Since September 2020, wearing a mask has been mandatory during lessons, although not during recess. In addition, there is an antiseptic solution for frequent handwashing in each classroom. Each class has a different start time, so that students of different classes do not meet during recess. Two thirds of the students also do not share their desk with another classmate. An important problem that teachers face is that they cannot recognise their new pupils, since they only see their eyes, which makes it difficult for them to cultivate a closer relationship. On the other side of the coin, pupils and teachers have become more familiar with new technologies. 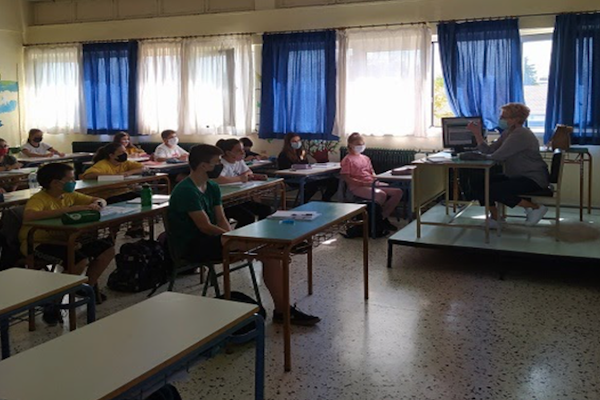 Estonia: In Antsla Gymnasium, there have been no changes besides paying greater attention to everyday hygiene, namely washing or disinfecting hands more often and ventilating classrooms during recess. Students are encouraged to spend recess outside in the schoolyard or in the playground as much as possible, and continue to go on field trips in nature. Parents should not send students to school if they have any symptoms of respiratory illness, but teachers have worked out alternative plans in case someone does test positive for COVID-19. Events that would involve outside guests have been cancelled or postponed. Online learning had already been part of the curriculum for many years, so when the pandemic broke out and schools closed, the school did not face very big problems. 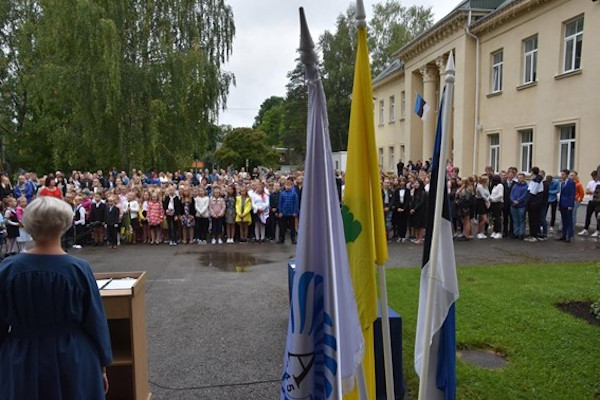 Image: Beginning of the school year in Antsla Gymnasium, Estonia

Italy: There are three main rules everyone must respect. First, wearing a mask at all times: to that end, every morning staff and pupils are given a new mask. Second, washing one’s hands very often, for which there is a disinfectant dispenser in each classroom. Thirdly, maintaining social distancing: to facilitate that, there are two entry times and three admission areas around the school. Pupils and teachers must follow the signs on the floor and sit at single desks. All the teachers were tested before school began.

Spain: Uncertainty and fear dominate the return to school. Since September, over 100 schools nationwide have closed down due to infections, and we are now officially in a second wave. In Andalusia, Southern Spain, the return to school started with a general strike, and school principals had to deal with several changes in legislation, which caused confusion and concern. Andalusia opted for a “bubble group system” – distancing pupils from other groups, mandating masks for children over six, and regular handwashing. For schools located in disadvantaged areas, early school leaving has become a major concern, as classrooms are emptying. Another problem is the lack of equipment, as schools have to continue building pupils’ digital skills. 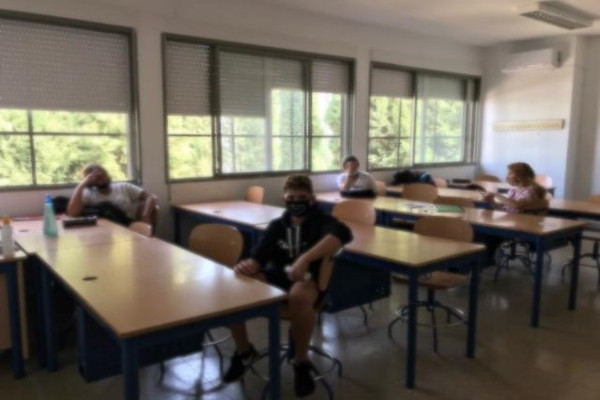 The winter poses many challenges, as many children are falling ill with flu-type symptoms. Ultimately, this school year will be more tiring, so a key focus will be trying to stay healthy and maintain pupils’ interest. We hope this experience will instill in all of us a sense of civic responsibility and promote public health.