Teaching students to debate in a modern era: the problem with “for” or “against” 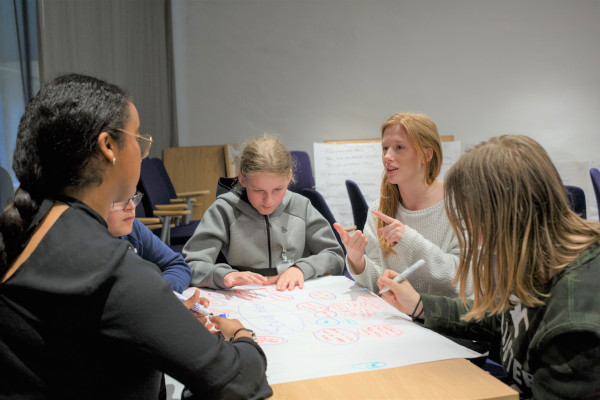 Debating is a crucial skill that can promote critical thinking, reflection, introspection and meta awareness – but debate classes often fall short of the mark. Dominic Ruiz of the University of Applied Sciences Utrecht explains why.

Ideally, debate encourages speculating beyond “intuition” and into the realm of “reasoning”. That is, it requires processes beyond a superficial consideration of ideas. However, debate classes – be they oral, written or across levels – often present students with an argument framed as a binary “should…?” question.

This circumscription potentially limits students’ capacity to engage with ideas in several ways. First, it asks students to assert a conclusion before they have explored the issue at hand. Secondly, it does so under a false dilemma fallacy, i.e. implying that there are only two possible stances towards a complex issue. Finally, it overemphasises rhetorical features of persuasion in the evaluation phase, while neglecting the depth of objective reasoning employed.

The danger of this approach becomes apparent when one considers the prevalence of these three problems in the wider social arena and the impact they are having. To mitigate them, debate needs to return to an exploration of issues. Students need time to define, share, question and reflect within a framework for debate where they can inductively map out premises and then draw reasoned conclusions, rather than starting with a conclusion and myopically working backwards. Meta awareness can be raised by having students consider their reasoning through the lens of fallacies, which can reveal much about the biases we unconsciously appeal to within our own and others’ reasoning.

There are practices out there that lead to genuine thought-provoking debates – and it is our task to cultivate and encourage them.

Dominic Ruiz is a lecturer in CLT Methodology and Logic at the University of Applied Sciences Utrecht. His research centres on pragmatics, critical thinking and the adoption of CAL applications within curricula.