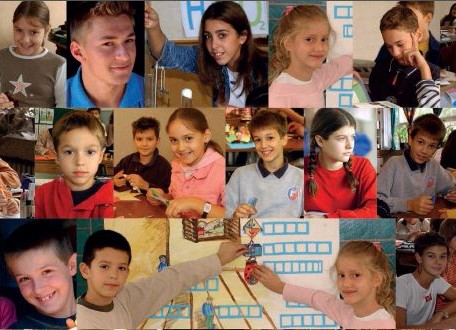 UNICEF Serbia and the civil society organisation Centre for Education Policy with the support of the Ministry of Education, Science and Technological Development Republic of Serbia  implemented the project “Combating Early School Leaving in Serbia”.

This project aimed to contribute to decreasing drop-out and early school leaving of children and adolescents through development, establishment, and implementation of the school-based model for early identification of children at risk of dropping out and intervention in situations where dropping-out is taking place.

Combating drop-out and ESL in Serbia has been recognised as a policy priority area.  The Strategy for Education Development in Serbia 2020 (SEDS 2020) calls for the provision of high-quality education for all, an increase of students’ coverage and attainment at all levels of education by maintaining the relevance of education and increasing efficiency. The Strategy implementation is primarily focused on the development of human capital in Serbia, thus underlines importance of the inclusion of pupils from vulnerable and marginalised groups (Roma and children from poor families, children with disabilities and from rural areas etc.).

2) Prevention and response measures at the level of the institution (parental engagement, peer support, model for remedial teaching),

3) Capacity building and activities targeted at changing school culture. Additionally, guidelines and training packages for schools on how to implement innovative model are developed and disseminated, as well as other support material.

The rationale for proposing this model for the project is:

Established school drop-out prevention team was responsible for identification of children at risk; establishment of the early warning system; and definition of adequate support measures. The team develops an action plan for the model implementation for their own school (including individual interventions/support to children at risk (case management) and support to schools to strengthen education quality and support to all students). Each school action plan included concretisation of each activity (including all cases - Individual support plans), timeline, actors involved (individuals, school teams, peers, local organizations and institutions), tasks division and responsibilities among actors, expected results, system of internal reporting, and evaluation of sustainability of the model upon completion of the project etc.

Schools were supported by experienced education experts - mentors for preparation and implementation of their action plans. Mentors were in charge to support schools in planning and implementation of the drop-out prevention and intervention model as well as to act as “critical friends” who are facilitating changes of school culture. Also, they supported schools to develop inter-sectoral cooperation at the municipal level and to involve other stakeholders relevant for drop-out prevention (centres for social work, other educational institutions, NGOs etc.).

For design, implementation and monitoring of the project the overarching project team (composed by UNICEF and Centre for Education Policy representatives) was in charge and such team was supported by the project steering committee which involved different relevant stakeholders (ministries and institutions in charge of education, social welfare, health, youth etc.).

The core value of such approach is the implementation of a holistic and multidimensional intervention which combines individualised support for the students at risk of dropping out as well as continuous support to schools in the capacity building, improvement of the school culture and cross-sectoral cooperation in order to secure the sustainability of the model.