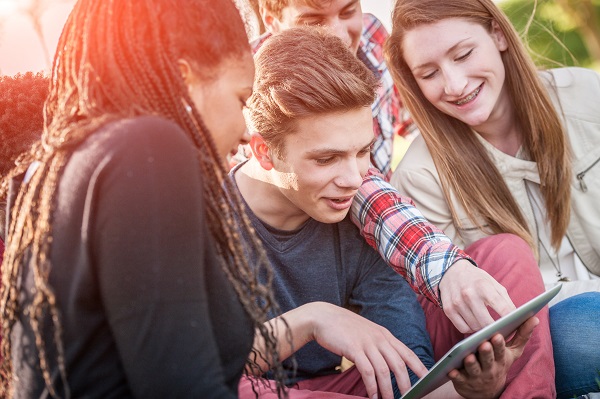 The number of migrant young people residing in Europe, including Nordic countries like Finland, has increased sharply during the last decade. Gradually, classrooms have become more diverse. How is media education recognising these developments and societal changes?

Media education is still not very visible in teacher development programmes although many children's interactions and development of identities take place online. Today there is a need to develop special transcultural media education in classrooms to support dialogue and mutual understanding of the other.

When we talk about multicultural classrooms, we focus on mixed cultures and cultural understandings. Researchers such as Arnd-Michael Nohl talk about 'Cultures of media practice' referring to youngsters’ “habitualised patterns of media practice collectively shared by a specific social group.” Divina Frau-Meigs, Professor at the Université Sorbonne Nouvelle, has developed the term “transliteracy” to designate the skills to overcome the diversity of sense-making mechanisms online. Also important is the understanding of the continuously changing media contexts that young immigrants have to face.

Media education is teaching about and through media, both integrated in the classroom. “Media” refers both to technologies and devices like mobiles, and the contents offered to users to interpret. We call globally for situated approaches to media education: on an international level through policy initiatives of the EU, and locally depending on the political situation and local cultures. Specific pedagogical, local settings at school allow an experimental attitude for developing one’s own models for transcultural media education.

Action-based research by teachers in schools, together with university-based researchers, can make a positive contribution to developing practice, such as the ongoing study titled “Young People in the Limelight: Towards Agency through Multiliteracies” (2015-2017, funded by Kone Foundation, Finland). This research is based on media workshops encouraging young people to express themselves through public media. Around 100 young participants, mainly 15-20 years old, were involved. Five out of seven workshops were held with multicultural youth groups and in a refugee centre.

Based on the results, we suggest, first, that the transcultural belongings of young people should be explicitly recognised as an energy of learning in mediated activities. For example, youth should be challenged to create more meaningful self-portraits than their “ordinary selfies” in order to gain an enhanced understanding about how meanings are created in media. It is important that they excel themselves, so that they can be proud of their accomplishments.

Secondly, we emphasise the importance of multicultural youth for dialogue with others about their media productions. When young people reflect with others and gain feedback, they can develop an even deeper understanding of mediated languages and representation in media. Furthermore, such discussions provide a natural situation to talk about one’s cultural background and heritage.

Thirdly, we encourage teachers to get youth media productions published even in mainstream media (e.g. in youth magazines, on television). Publishing in social media is important from the point of view of peer feedback. However, publishing in mainstream media – or even pursuing it – can widen young people’s understanding of the practices of professional media organisations. Surprisingly, our young participants experienced mainstream media as a greater recognition of their accomplishments than social media. In addition, it opens the eyes of many young people to the possibility of taking part and getting their voices heard in media governed by professionals.

Links to recent articles by researchers mentioned in this article: