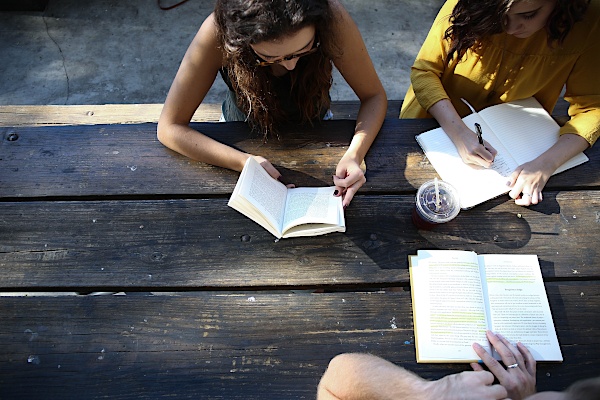 At the University of Oxford, where she works as an associate professor, Victoria Elliott has seen many students spending their time summarising educational research. How useful is this? Elliott shows that sometimes research just stays research… and then, other times, it leads to game-changing, bottom-up classroom innovations.

The most gratifying bit of my job in the last three years has been going into schools and being recognised as the lead author of A Marked Improvement? (a summary of the research on written marking). Smiles break out on teachers’ faces and I get hearty handshakes. Why? Because that research has made a difference to their lives.

The report itself doesn’t do anything, except say: there’s not much evidence for any of these practices you’ve been doing – long written comments; regular deep marking; grading students’ work. It says: feedback conversations seem to have an effect, and it seems likely that if you don’t give students the opportunity to act on feedback it’s not going to do any good. It says: teachers are spending vast quantities of time on something that we’re not sure works, so why not give something else a try? It says: Mark Less, Mark Better.

The report came out in April 2016. In May 2016, a primary school in London, built on the site of Charles Dickens’ home while his father was in debtors’ prison not far away, read the report as part of its occasional “journal club”. The journal club is a mechanism for getting space for teachers to engage with research: every so often, ideally once a month, a group gets together to read some research, discuss it, and see if it might have impact on their school environment. A Marked Improvement? struck a chord with Jemima Rhys-Evans and her team. They embarked on an in-school research project to investigate some of the ideas, and to try out a model of live marking and oral feedback. The project spread to include the schools of the South London Teaching Schools Alliance, and turned into a brilliant resource for teachers: Mark Less, Mark Better. Jemima Rhys-Evans has spoken about this project across London and further afield.

Charles Dickens Primary School is just one of the places I’ve visited where marking policies have been transformed into feedback policies in the last couple of years, and A Marked Improvement? has been the springboard for change. Staff love the transformation: no longer are they marking piles of exercise books late into the night. They spot a misunderstanding and they fix it quickly. They spend a lot more time in class on their feet and monitoring children to give them feedback; then the children do most of the work. Schools are reporting increased progress and more independent learning.

This is the power of research. It can change teachers’ lives and it can change the lives of your students. It can come from someone else’s summary – a useful starting point – but the most powerful research is that done in your own school, systematically testing and evaluating a plan that is based on the evidence from elsewhere of what might work, to turn it into what definitely works for my context and my students.

But without that external stimulus, you can spend so much time reinventing the wheel, or oblivious to a challenge to the received wisdom. Researchers often say that to build on the work of others is to “stand on the shoulders of giants”. For teachers, studies like the these are at least a stepladder.

Victoria Elliott is Associate Professor of English and Literacy Education at the University of Oxford’s Department of Education. She used to be an English teacher in state schools in Yorkshire. Her research interests are in the teaching of literature, marking and feedback, and research methods. She tweets about these at @veldaelliott.