Inclusion and Languages in the Early Years 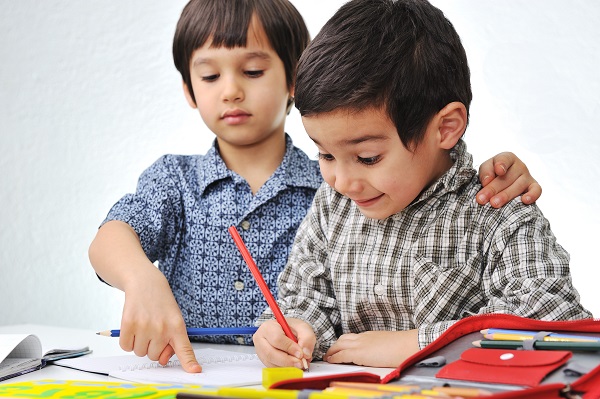 It’s a challenging time to be a teacher, but also potentially a really exciting time.

The challenges differ from one context to another but a common theme in some contexts is the imposition of universal curriculum standards and top-down micro-management of instruction that many teachers feel robs them of autonomy and spontaneity in how they interact with their students. For example, over the past six months, I’ve read many letters to the newspapers from UK teachers who are contemplating leaving the profession because of policies that they feel don’t allow them to be educators. Not surprisingly, these policies tend to exacerbate looming teacher shortages in some contexts.

However, despite these challenges, there has probably never been a better time to understand the essence of what it means to be an educator—to create spaces in our classrooms where young minds expand and identities flourish. Ironically, it is the rapid increase in diversity, which undoubtedly creates challenges for entire education systems, that opens up these opportunities for us to re-connect with our own identities as educators.

Let me share an account told to me by my friend and colleague in Toronto, Dr. Roma Chumak-Horbatsch (see mylanguage.ca for some of her amazing work). Roma has been working with teachers in a highly diverse primary school close to Toronto, Canada, over the past two years exploring with them ways of creating inclusive spaces where students' linguistic talents and cultural knowledge will be affirmed and enabled to expand. Early in 2016, the school received a large number of Syrian refugee children who were faced not only with the challenge of learning a new language and adjusting to a new school culture but also with the dreaded Canadian winter (January and February are typically not fun months!).

The school principal gathered his staff together when the school was informed about the influx of refugee children and asked them to think about and discuss with each other what kinds of whole-school responses would make sense in order to welcome the newcomer children and their families. This kind of collaborative rather than top-down leadership style mobilizes all of the intellectual power of the teachers and other staff to solve problems and coordinate promising directions. Teachers, in turn, went back to their classrooms, and asked their own students “What should we do to make our newcomer students feel at home and help them learn?”

Students throughout the school came up with creative ideas. For example, those who spoke Arabic became ‘language ambassadors’ who helped explain school routines and classroom instruction to the newcomer students. Roma describes how she sat in one classroom after the refugee children had arrived and observed students taking newcomer children by the hand to show them what to do and multiple students wanting to interact with newcomers to explain things using English, Arabic, gestures, smiles. These newcomer children whose families had experienced the worst of human nature were now getting a small taste of the best of human nature.

Roma also recounted an incident in one classroom where the teacher engaged students with a variety of hands-on activities related to growing plants and then asked students to write what they had learned about ‘soil’. One of the Syrian students was frustrated by his inability to write what he knew until one of the bilingual language ambassadors in the class suggested that he write it in Arabic. The newcomer student enthusiastically followed this suggestion and wrote several pages detailing what he knew about soil and growth processes. He then read what he had written to the class, with translation from the language ambassador. It turned out that during his time in a refugee camp in Jordan, he had worked with his grandfather to plant a vegetable garden to supplement the food supply for the family and he had acquired an in-depth knowledge about soil, plants, and growth processes.

This anecdote illustrates powerfully the importance of (a) students’ home languages as intellectual resources, (b) connecting instruction to students’ lives, and (c) creating instructional spaces where students’ intellectual, personal, and cultural identities can be validated and expanded.

Dr. Jim Cummins is a Professor Emeritus at the Ontario Institute for Studies in Education (OISE) of the University of Toronto and an Adjunct Professor at Åbo Akademi University in Finland. His research focuses on literacy development in educational contexts characterized by linguistic diversity. In numerous articles and books, he has explored the nature of language proficiency and its relationship to literacy development with particular emphasis on the educational attainment of students from immigrant backgrounds. He has received honorary doctorates from the Bank Street College of Education in New York City and Hedmark University College in Norway.