Beyond English: (other) languages (also) take you further 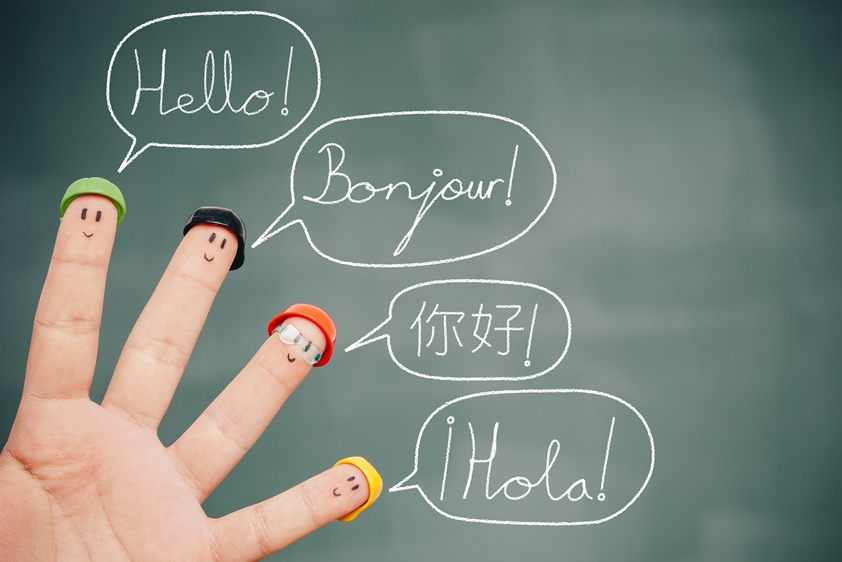 “Sans l’anglais, on ne peut pas faire de carrière internationale” (Without English it’s not possible to have an international career).

The relationship between fluency in English and employability in international contexts is a truism for the French and no doubt for others in the non-English speaking world too. However, the findings of recent research into the needs of French employers(1) show that a wide range of other languages is also needed. ‘We did not expect to find so many languages needed,’ said the study’s inspector-general M. François Monnanteuil at the launch of the report. The report found that German, Spanish and Italian were needed by large numbers of businesses, as were a wide range of other European and non-European languages.

The need for languages other than English has also been amply demonstrated in the UK. The British Council has been active in communicating this message and recently commissioned us to carry out a study into which languages are likely to become increasingly important to the UK over the next twenty years. The aim was not to pit one language against another, but to use a balanced range of criteria that took into account both economic and non-economic factors as well as the motivations and practices of government, businesses and the public at large, in order to identify which ten languages were likely to become the most important.

Not everyone will agree with the ‘top ten’ list of languages that emerged from the study. For example, Arabic and Spanish feature at the top of the list because they are official languages in so many countries, whereas in terms of current demand in the job market, German is the most sought-after language. However, this is part of the debate that the report was designed to stimulate.

The findings from both pieces of research confirm the need for language teaching in all countries to go beyond English in order to establish a pool of individuals who are competent in a diverse range of languages. Offering pupils a choice of languages to study broadens their intercultural understanding and can be an extremely motivating factor. In the UK we have seen very high levels of motivation in schools where pupils have been offered the chance to study lesser-taught languages such as Japanese and Chinese. Going beyond a European culture is an eye-opener for them and, as one student we interviewed commented, ‘It's a different and new experience to have to write the characters instead of just words.’

There are, however, logistical problems in offering pupils the opportunity to learn a wide range of languages. There are resource implications for schools and governments in providing learning materials, assessment systems and teacher training in languages that are going to be studied by relatively small numbers of pupils, at least in the beginning.

Diversity in the languages offered for study easily creates fragmentation. If there are too few pupils, courses are financially unviable and do not run. There is evidence that in England and in Wales some schools have stopped teaching languages to post-16s altogether due to low student numbers.

The challenges of diversity are perhaps easier to overcome in primary schools, where education is less determined by the pressure of achieving good examination grades. We have seen some excellent examples of primary schools teaching French and Spanish in ways that are highly inclusive of pupils’ native languages, providing them not only with a rich exposure to multiple languages and cultures, but also with language learning skills that can be applied to any language.

Children in these schools are leading the way: one pupil we spoke to told us, ‘The more languages you speak, the brainier you are’, while another said that her parents, who are both Asian, had started learning French as a result of her own enthusiasm for what she was learning at school.

As researchers, we share with the authors of the French report the desire to see more young people leave school having had a successful and enjoyable experience of language learning that equips them for life in an increasingly inter-connected world. We urgently need to find ways of overcoming the barriers to providing a wider range of languages that match pupils’ interests and needs. However, moving from our somewhat rigid educational structures to accommodate a wider choice of languages and to ensure that pupils learn them successfully will require some imaginative thinking and a firm political commitment to a more multilingual approach.

There are no easy answers, but we know that many teachers and schools across Europe, such as the primary schools we visited, are starting to get to grips with the challenge. We would love to hear from you on this subject, so please do share your experiences with us.

Teresa Tinsley is a linguist with over 30 years’ experience in national organisations devoted to languages education. At CILT, the National Centre for Languages, she led the organisation’s information, research and publications activities. She has been involved in several European research projects on multilingualism and was a member of the European Commission’s ‘Languages in Education and Training’ group. Since founding Alcantara Communications, she has conducted policy research on language issues for clients including the British Academy, the British Council and CfBT Education Trust.

Kathryn Board served as Chief Executive of CILT, The National Centre for Languages from 2008 and has worked with specialists and a wide range of educational institutions to provide advice on educational policy as well as on initiatives aimed at increasing language learning across the UK. Before joining CILT, she spent 30 years working for the British Council in a number of international and managerial roles.