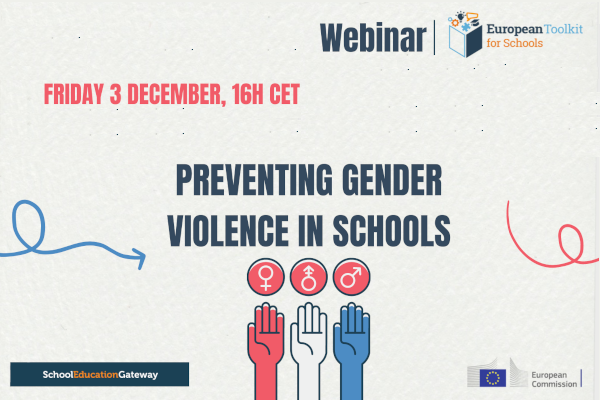 Gender violence, sexual harassment and bullying are affecting schools all over Europe. The existing mechanisms of gender violence prevention and support also need to go together with community involvement. Watch this webinar to learn how schools may play a crucial role in families and community members’ participation in acting against any kind of aggressive behaviour that may occur.

What was this webinar about?

Scientific research has shown that encouraging intervention needs to go along with the protection of those who intervene. From the first time it was defined, sexual harassment towards bystanders (nowadays named Isolating Gender Violence - IGV) shed light on the need to protect not only direct victims of GBV but also potential victims who might become such because they have dared to support direct victims.

In this sense, the model called ‘Brave’s Club: Zero Violence from age zero’ constitutes an example of how bystander intervention might be efficiently applied in schools. Drawing on this, this talk addresses a topic that is the result of a long line of research, carried out from scientific research in collaboration with educational entities and social movements.

Overcoming the Isolating Gender Violence will contribute to bringing a step further on achieving free of violence schools. This will empower educational communities while encouraging a broad active role in order to prevent any kind of harassment, bullying and undesirable situation potentially occurring in schools. 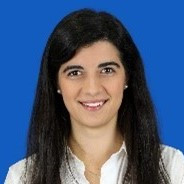 Dr. Ana Vidu holds a Marie Sklodowska-Curie post-doctoral fellowship in the Department of Sociology at the University of California, Berkeley, to pursue research on solidarity networks and mechanisms to prevent and respond to sexual harassment in Universities. She received the Distinction Award for her Bachelor's Degree and for her Master's in Sociology, but such recognition as the best student for her cohort changed radically when she was the first victim to provide her testimony for the complaint against the most well-known and recidivist professor. This reaction led her to conduct a doctoral dissertation and provide pioneering scientific knowledge in Spain comparing the treatment of gender-based violence and Isolating Gender Violence at the University of California, Berkeley and at the University of Barcelona. Dr. Vidu is co-coordinator of the Research Network: Women’s and Gender Studies, co-founder of the "Solidarity Network of Victims of Gender Violence in Universities", created in 2013, and was recognized as "Best practice" by the Women's Foundation of the Spanish Equality Observatory.

Marie Louise Petersen is a trained teacher (1993) from Denmark and also holds a supplementary degree in Gender Studies (1999) and a BA in French (2017). Marie Louise has been an eTwinning ambassador since 2014 and in 2016 she took the initiative to form and moderate a group on Gender and Sexuality issues on eTwinning. For the eTwinning community she has organised and moderated several online talks inviting European NGOS, schools and universities on topics such as: Gender equality in the playground, Sexuality Education, LGBTI+ inclusion, Gender neutral pedagogy, New Masculinities, and Tackling sexism in schools. Marie Louise has held workshops on Gender in various contexts, holding one in 2019 during the festival Talk Town with guest speaker from the British NGO UK Feminista who made an enormous contribution for tackling sexism in schools.

This webinar is part of the 2021 webinar series organised by the European Toolkit for Schools. See also the webinar: A systemic, whole-school approach to mental health and well-being in schools in the EU.