The Batman with Robert Pattinson: where was the film shot? 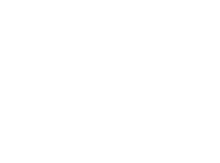 Have you seen "The Batman" and wonder where Matt Reeves gave birth to his version of Gotham City? Find out where the movie was shot, and prepare to be amazed.

Tim Burton  had mostly opted for studio shooting, better able to contain his painted sets and buildings with disturbing angles. Christopher Nolan , for his part, had favored the streets of Chicago as much as possible. When a new director takes on Batman, his superhero approach is also felt in his vision for Gotham City.

Like the father of The Dark Knight trilogy ,  Matt Reeves presents us with a realistic (but nevertheless very graphic) version of the city of the Dark Knight, of which we explore several corners. Never has Gotham seemed so alive in the cinema as in The Batman , to the point of being akin to a character that the hero must confront.

And this feeling of immersion is all the more impressive when you know that the film made very little use of natural settings. Much less than expected, as the team told us last December.

Robert Pattinson  (Bruce Wayne / Batman): 90% of the film was shot in the studio, but the sets were incredibly immersive. About eight blocks of Gotham City were built in the Leavesden studios [in England, near Watford, where the Harry Potter films were filmed  , editor's note] , and it's almost impossible to know if you don't. don't say. Especially since there was a railway line and lots of other things like that.

It was a very, very full set. Very well cut. You'll find it hard to believe these are studio sets when you see the film. But it is nevertheless the case. So much so that the members of the technical team, who were English, started speaking with an American accent because it felt like we were on a big street in Gotham (laughs) But it's so much easier to work like this: you arrive on set, and you don't have to imagine the sets. There were very few green funds, and we also had this new technology.

Zoë Kravitz  (Selina Kyle / Catwoman): LED screens! It was our cinematographer  Greig Fraser who invented this technology [le Volume, ndlr] on the Star Wars series The Mandalorian . And it was amazing. Our hardest job as actors is to face a green screen and make it look like one thing is another. It takes a lot of energy to pretend that something is happening when it is not. You even feel a little silly, and it almost holds you back.

Robert and I share a scene over the rooftops of Gotham as the sun goes down. To be able to see and feel the city, and have the light, was… Oh my God! I was very grateful for that because it really allowed us to focus on what was going on on an emotional level, instead of saying, "You're in front of a skyscraper, there's a skyscraper in face of you" (laughs) We almost forget the effect of light on us, so much so that every detail, like birds, is incredible. It made the film world more real.

John Turturro  (Carmine Falcone): When I looked out the window of an office or hideout set, seeing all these projections that looked so real impressed me. I had never been on a set like this. I've been on a lot of sets, and I thought it would be easy for me to imagine the world outside of the sets. But it was impressive.

Peter Sarsgaard  (Gil Colson): There are massive sets, and entering a cathedral is something. But what changes everything is when you go up and discover the level of small details in such a big thing. Everything is very nicely done, and with great precision. It was breathtaking, the whole time.

Matt Reeves  (Director, co-screenwriter): I wanted people to believe what was happening on screen. And I have always tried to use as many practical effects as possible. On Planet of the Apes , we made sure to take the cameras out, to shoot in places where motion-capture had not been used: on the  first [directed by Rupert Wyatt , editor's note] , everything was very stage with cinematic lighting, so I wanted natural light, and we went to the forest.

It added a level of reality even though, of course, there were no monkeys there. But there was a lot of real stuff in the frame. And that's an approach I tried to apply here, like I did on Cloverfield , where the basis of everything was real, even if there was something virtual in the shot. This allowed us to have a reference.

Dylan Clark  (Producer): Our way of filming was the same as on Planet of the Apes. We don't like being only in sets. We also like to be in physical spaces, outdoors. And that was our initial plan here: we shot in Liverpool, around London, in Chicago… And it got a lot more complicated when the Covid spread. We couldn't take the whole team to these places anymore, for security reasons, because we didn't know how to contain everything. So we adapted our way of filming.

And we did more studio after the break in filming. We shot from January to March 2020, then resumed in August of the same year, changing some methodologies. Fortunately, we had an incredibly creative team and our actors are amazing. Solving the slightest problem on set is a task generally assigned to a certain number of people. Before the Covid, all these people met on the set to find a solution. With the pandemic, that has changed.

We were able to achieve this, but it was more complicated. We had to isolate ourselves more, communication was done more often through headphones. And we're social people by nature so normally we get together and shake each other up and solve problems. Having to do it in our tents, isolated, was more difficult, but we had to go through it because, in the end, we had to make sure the environment was safe enough for the actors to take off their masks and get lost in their respective characters, without worrying about getting sick.

Will The Batman team proceed in the same way on the sequel, which has a very good chance of seeing the light of day? Or will she return more outdoors? Reply soon.