Open Source Software: how to use it in school and aid society in one go 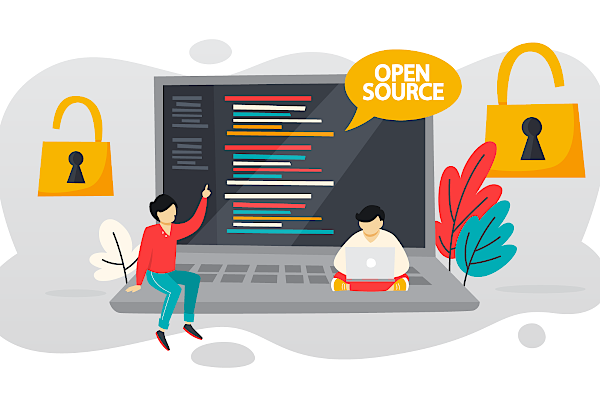 School education and Open Source Software (OSS): at first, these might seem like oil and water. We might think of OSS as something for developers and “technology wizards”. But schools have practical reasons to use OSS, and arguably a societal duty to do so. In this tutorial, you will find out more about A) what OSS is and B) how it should feature in your school or classroom.

Most modern software is sold under a proprietary licence, which gives the publisher or creator full control over its code, so that no one else can check it or modify it. In a movement that began in the 1980s, the idea arose that this practice is counterproductive and unethical – that it stifles innovation and grants companies too much power. That is why OSS programs are published under a free software licence, allowing anyone to study how they work, modify them and/or redistribute them. If you have ever browsed the web with Mozilla Firefox, or processed images with GIMP, or edited code with Notepad++, you’ve also used OSS!

The EU has committed itself to increasing the role of OSS for many of its key services, and 80% of OSS contributors (and rising) now come from outside the US:

Source: The state of the Octoverse, GitHub, 2019

OSS should not be confused with Open Education Resources (OER). While they both rely on open assets and open licences, OER merely provides an open product, whereas OSS goes a step further, and makes the source open, too. In doing so, it encourages collaborative development, especially at the level of code.

Why does OSS matter?

OSS is extremely important to schools and educators, although many might not realise it. On a practical level, it saves a lot of money: if the necessary software exists, the school system can give a copy of it to every school, which can then install it on its computers free of charge. If the necessary software doesn’t exist, school consortia or interest organisations can work together to develop or maintain it. Schools can also freely ask parents to procure OSS, regardless of their economic status.

But these financial advantages play second fiddle to the ethical and social benefits of OSS. Richard Stallman, the founder of OSS, said: “We expect schools to teach students ... useful skills, but that is only part of their job. The most fundamental task of schools is to teach good citizenship, including the habit of helping others. In the area of computing, this means teaching people to share software.”

Besides promoting a sharing spirit, OSS frees schools from commercial interests and unshackles students from corporations. After all, when proprietary software developers offer free copies of their programs to schools, the motive is often not altruism but a desire to implant dependence on their products. These students will go on to use them in their private lives or the companies they work for, and this time, they will be expected to pay.

In addition, it also protects students’ privacy and freedom to experiment. Makers of proprietary software may harvest student data and use it for things such as automated career suggestions, without ever revealing their algorithm: students’ futures are determined by a black box. With OSS, there is no commercial incentive to gather data; moreover, schools have access to these algorithms and can decide what to do with them.

Now that you have heard the case for OSS, here is a non-exhaustive list of OSS programs you can use in your practice and possibly introduce to your school community:

For the whole school

In the school library: Koha and VuFind (library management)

For in the computer lab: Veyon (to view & manage computers)

For digital tests: TCExam and others

For the arts: Blender (to create animated movies), LenMus (to study music theory), MuseScore and others (to create & play sheet music)

OSS rejects the “priesthood of technology”, which keeps the general public in the dark about how technology works, and encourages tinkering and experimentation. In principle, any OSS program can be used to teach students code! For example, students can develop mods (extensions) for an OSS game like 0 A.D. or explore one of the many maker projects with the Raspberry Pi.

But OSS programs can be used as springboards for other subjects, too. For instance, to teach media literacy, educators can show Mastodon to students, to give them an idea of how social media algorithms work and propose an alternative method for posts to be sorted/prioritised. In project-based learning, students can create a video report using OpenShot or another OSS video editor or a radio report with interviews using Audacity.

If you have found another great OSS application for your practice, please feel free to share this in the comments below.

Ismini Georgiadi works in Brussels as an Editorial Officer for European Schoolnet. She is in charge of the editorial content on School Education Gateway and manages the day-to-day work on Teacher Academy. 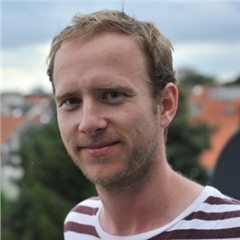 Koen Glotzbach comes from the Netherlands and now works in Brussels for European Schoolnet, managing the technical development of different platforms. He is an active contributor to the OSS community.