Background to the European Toolkit for Schools 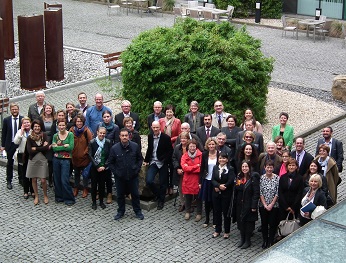 The European Toolkit for Schools is the result of work undertaken at EU level since 2011 in relation to early school leaving (ESL). Early school leavers are described as young people who have left education and training having completed only lower secondary education or less, and who are no longer studying. As research and statistics point out, ESL leads to an increased risk of unemployment, social exclusion and poverty, and produces huge costs for the individuals and society as a whole.

Early school leaving has been one of its five headline targets of the Europe 2020 strategy: Member States have agreed to reduce the EU average ESL rate to less than 10 % by 2020 and have established national targets (except the UK). In 2011, the Council of the European Union adopted a Recommendation on policies to reduce ESL. It invites Member States to implement evidence-based and comprehensive policies to reduce ESL, comprising the right mix of prevention, intervention and compensation measures. To support the implementation of the Recommendation, policy cooperation between European countries was initiated through a Thematic Working Group on early school leaving (2011-2013). Its Final Report includes key messages for policy-makers, a checklist to self-assess policies strategies, and good practice examples from EU countries.

The Working Group on Schools Policy (2014-2015) has further developed the knowledge base on ESL. It has looked at how more holistic, collaborative approaches to ESL can be developed at the school and local level and drafted policy messages, which provide general recommendations for policy-makers at all levels.

This Toolkit is the outcome of the Working Group's efforts to provide concrete support to schools and their partners to prevent ESL, respond quickly and appropriately to first signals of disengagement, and ensure that every learner can succeed. Given its strong focus on prevention and early intervention, it does not cover compensatory measures aimed at re-engaging people in education and training (such as second chance schemes).

The Toolkit structure and functionalities have been elaborated with the support of Dr Alessio D’Angelo, Co-Director, Social Policy Research Centre, Middlesex University.

The content of the Toolkit is continuously being developed with the support of the Editorial Board: