Values education: how to promote an open culture in schools 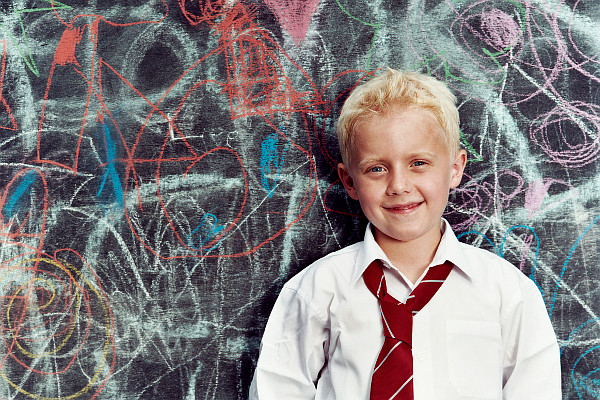 It may go under different names, or touch on different themes, but values education has a long history in Europe’s education. Although the European Union leaves national education systems to decide their own curricula, its official communications speak volumes: they encourage schools to improve “their openness to the world around them” and to convey “attitudes required for democracy, citizenship, intercultural dialogue and personal development”. The following initiatives do just that.

Ethika: ethics and values education in schools and kindergartens

The teacher shows the children pictures of several motifs (a dog, a ball, an aeroplane, a superhero, etc.). She tells the children that after she counts to five, they have to quickly put their index finger on the picture they like most. Since the number of cards is smaller than the number of participants, more than one child will point out the same picture. The teacher then asks them: “If I were to tell you that you will be taking this picture home, which of you would have the right to take it?”

This paraphrased exercise comes from the Learning Materials and Tools that form the bulk of the Ethika project. Their target audience is broad, ranging from preschool (like the above example) to early adolescence (like the famous Heinz’s dilemma). These resources already demarcate the purpose of the Ethika project: giving teachers the necessary competences to teach values in their classroom. According to the organisers, societal problems are at heart ethical problems, and can be solved through ethical education.

The project’s intellectual products also include a Manual for Teachers and Educators, a State of the Art and Needs Analysis (both documents available in six languages), a set of Curriculum Proposals, a Policy Paper, and more.

Ethika was a 3-year Erasmus+ project developed by six countries and concluding in 2017.

Participants throughout Europe praised the unifying influence of eTwinning Tree. “Many partner schools have migrant children and familiar stories from their own background,” which fosters solidarity, according to a teacher from the Madeira Islands. Another teacher from Finland highlighted the project countries during geography class, so that they assumed “personal meaning for his pupils.”

The project took the approach of exploring European values and identity through collaborative storytelling. Its centrepiece was a joint effort in the form of the eTwinning Tree book. First, the students of all participating schools looked for a special tree in their region; then they wrote stories about it and illustrated them. The best ones were copied to the eTwinning Tree book – also dubbed the travelling book, because it passed through the entire continent.

Other notable contributions were a campaign to plant trees (which gave rise to 100 trees across 31 countries), cross-country workshops via Skype, and a chain story.

eTwinning Tree ran from 2015 to 2017 and involved primary schools from 29 countries. It earned 23 National and a European Quality Label.

Does the earth have borders? Migration and human rights

I am old
Give me back the star maps of childhood
So that I
Along with the swallows
Can chart the path
Back to your waiting nest.

You will encounter a range of literature in this eTwinning project Does the earth have borders? Not only Mahmoud Darwish, but also Homer, Virgil, Ugo Foscolo and Giorgos Seferis speak their piece on migration and displacement. Aided by a Latin and Literature teacher, students analysed these works and realised that refugees have scarcely changed since antiquity. “We can see how Nausicaa contemplates Odysseus,” writes a student. “She [says an] important thing: ‘He comes from Zeus’. This means that we are equal because we are all human in the same way.”

Students watched and read the news, and learned about everything from Middle Eastern history to Kantian ethics. They put themselves in the shoes of refugees through questions like What do refugees take with them when they escape? and listened to an actual immigrant from Mali:

Their work has been collected in an e-magazine.

Does the earth have borders? ran from 2015 to 2016, engaging secondary schools from five countries, and earned numerous National and a European Quality Label.