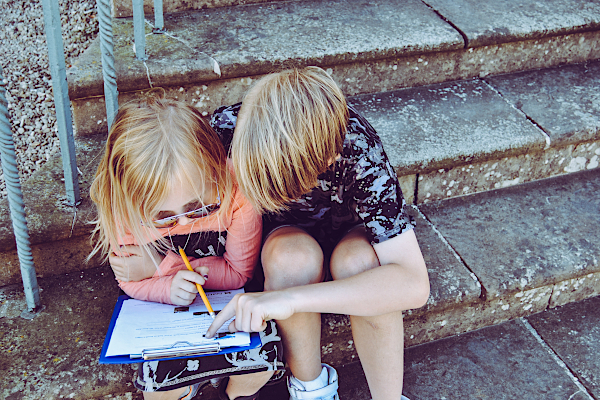 “Literacy” is a Key Competence according to the European Union, but so are “multilingual competences”. This reflects the reality in many modern classrooms: on average, about 1 in 10 students learn in a language other than their mother tongue. Read about the projects that won the European Language Label this year, and how the students don’t just survive in this environment but thrive!

Students in Malta are “Happy Together”

When it was founded in 1956, St. Paul’s Bay Primary School within the Maria Regina College still serviced a small fishing settlement and its satellite hamlets. Today, it must see to the educational needs of children from Bugibba, Qawra, and St. Paul’s Bay itself, which has experienced a substantial increase in residents.

The school currently has 1100 students, with 170 members of staff to support them. In addition, Malta has been attracting more and more foreigners, with the result that almost three-quarters of St. Paul’s Bay Primary School students are non-Maltese natives. Indeed, the school houses 55 different nationalities, mainly from Europe and North Africa.

Given the circumstances, the students’ knowledge of Maltese varies greatly, and the school must accommodate all of them: help those without any knowledge of the language, support those who speak it moderately, and raise the level of those who speak it well. This happens under the auspices of Malta’s National Literacy Strategy, which merges literacy programmes and national initiatives like Reading Buddies. 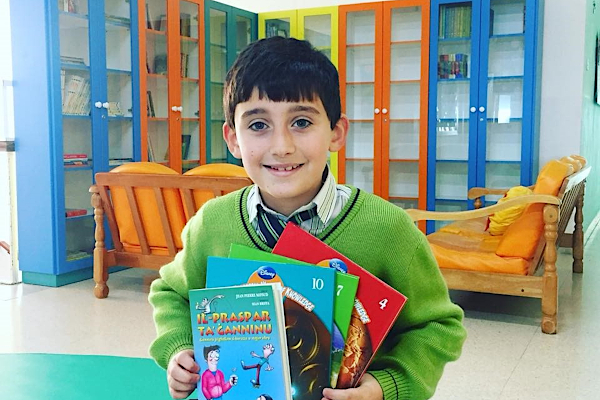 St. Paul’s Bay Primary School applied for – and won – the European Language Label in Malta this year, under the project title “Happy Together”. In truth, though, the project never really ends: it consists in the school’s continuous efforts to live up to its ethos and embrace the diversity of its population.

On paper, Brussels claims to be a bilingual city, but only 20% of its population speak both French and Dutch, and that number is constantly declining. In consequence, there is a severe shortage of teachers who are proficient in both languages. To remedy this, the Francisco Ferrer college and the Erasmushogeschool in Brussels are offering a bilingual Bachelor’s for primary teachers-to-be.

How does it work? Students of the French-speaking Francisco Ferrer reinforce their Dutch by taking part in communicative courses, activities, exchanges and internships at the Erasmushogeschool… and students of the Erasmushogeschool reinforce their French by doing the same at Francisco Ferrer. This way, new teachers improve their job prospects, learn about immersion schools first hand, and expand their cultural and linguistic horizons. That last outcome is particularly desirable for Brussels, whose linguistic communities coexist but there are concerns that they are not fully integrated.

For these reasons and more, the initiative was awarded the European Language Label in Wallonia, Belgium this year.

In order to be integrated, immigrant students first ought to be included. The project Bridging the multicultural diversities in education approached inclusion from many angles, such as:

The project drafted a series of teaching guides on multiculturalism, parents and important competences, along with four booklets compiling ideas and activities for multicultural classrooms.

For example, the Swedish participants used an interpreter to properly introduce the migrant student to the class, and continue with some facts about their country of origin. The Icelandic participants introduced the concept of communication books, which feature photos of activities that took place at school during the day and a caption in Icelandic, which parents can then supplement with some text in their own language.

The project is an Erasmus+ Strategic Partnership that ran from 2016 to 2018. It involved educational institutions from five countries – three kindergartens from Croatia, Sweden and Slovenia and two primary schools from Iceland and Greece – and was awarded the European Language Label in Croatia this year.