Schools in Europe react to the Russian invasion of Ukraine 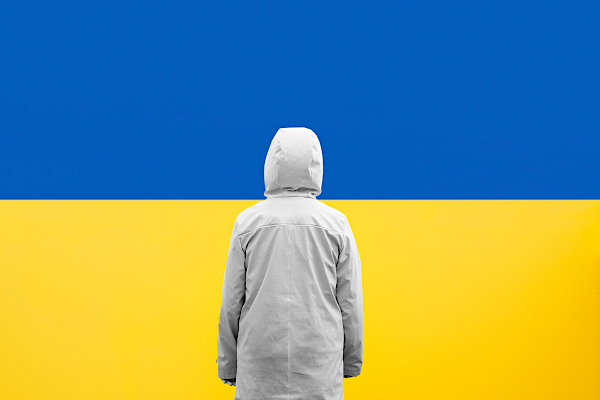 Classrooms and school administrations across the continent have mobilised to express solidarity with Ukraine, and teachers have undertaken to answer pupils’ questions. This article highlights some commendable ideas and practices.

European schools have been making donations of money, food, clothes, medicine, and school equipment to Ukraine. In some cases, the funds were raised by sales of baked goods or handmade items (such as jewellery) and accompanied by cards written by the pupils.

For a more targeted approach, some schools have got in touch with their twin town or sister city in Ukraine – or found a partner school in Ukraine – to ask them what they need more concretely.

There have also been many symbolic gestures of solidarity. Pupils and staff have sung Peace on Earth or Imagine, gathered together to form the peace symbol, read anti-war poetry, lit up classrooms in the colours of the Ukrainian flag, or created an anti-war ‘corner’. 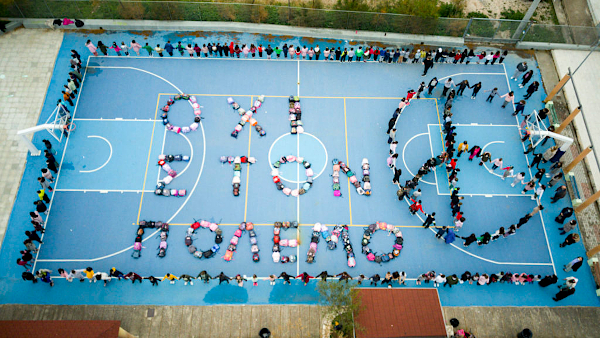 European schools have opened their doors to Ukrainian refugees, like the Footprints preschool in Dublin, Ireland, which has offered free places to children fleeing the ongoing conflict. Many European countries are preparing for Ukrainian refugee children to enter their education system. Poland for example, which is receiving the largest numbers of refugees – including hundreds of thousands of school-age children – is taking special measures to help them acclimate, including setting up preparatory units, and securing intercultural assistants and school psychologists.

On the other hand, teachers caution that the war might cause pupils of Russian and Belarussian origin to be excluded or stigmatised in school. To counteract this, educators should challenge possible preconceptions as soon as possible. They should also frame the war as something perpetrated specifically by the Russian leadership and military, and make it clear that the Russian people are suffering from it, as well. School psychologists can step in to help, if needed.

Pupils and school staff are participating in anti-war protests in large numbers, often with the support of their school administration and local government. In Germany, for example, Hamburg’s approximately 250,000 pupils were given time off by their Minister for Schools to take part in the Fridays for Future protest (article in German).

Before class and during breaks, the school yard is almost certainly abuzz with news about the crisis in Ukraine. Teachers can dedicate some of their lesson time to answering pupils’ questions and concerns. Ignoring the subject might only amplify the existing ‘noise’ as pupils continue to bounce ideas off each other.

Here are some approaches that have proven successful.

Listening and reassuring: Find out what pupils already know, and let them convey their questions, fears and uncertainties. Clarify that it is normal to be worried and to lack some answers, but try to put their imaginary scenarios in perspective.

Sharing good sources: Disinformation is running rampant, especially on platforms popular among young users, like TikTok and Instagram. Teachers can present some reliable alternatives, lay out the facts and reconstruct the context of the conflict. The news can even be used as a springboard for a lesson on media literacy and disinformation. The European Commission has created a page EU solidarity with Ukraine, including its actions on countering disinformation.

Seeking support from colleagues: An email by the school administration encouraging teachers to talk about the topic in classroom can go a long way toward boosting their confidence, and a list of pupils’ FAQs with possible replies and resources can lighten their burden. Teachers may also get advice from colleagues or involve the school psychologists in classroom discussions. Some pupils might feel more comfortable talking to their peers: in these cases, the student representatives can intervene.

Seeking support outside school: Other educational stakeholders have offered their support to schools. In Belgium, for example, one school collaborated with the Ukrainian Embassy to receive children’s books on Ukraine that were made available in the school’s library; and in the Netherlands, schools received a brief from TerInfo of Utrecht University with guidelines on how to explain the situation to pupils (article in Dutch).

If you are a teacher, we encourage you to create solidarity videos – with or without your pupils – to send to your National Support Organisation.