Our heritage: where the past meets the future 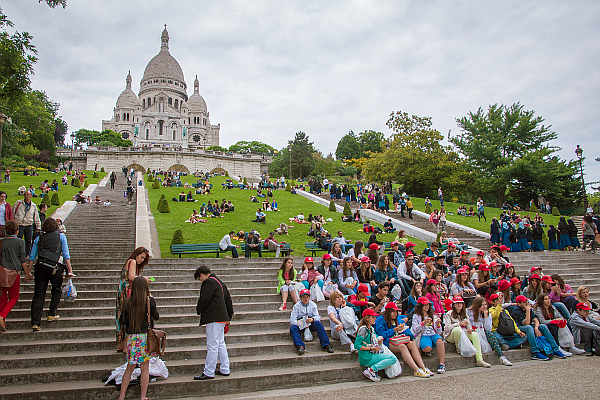 Migration, globalisation, identity – these are current issues in society and education, and all closely related to cultural heritage. The following projects encourage students to celebrate and share, but also to analyse their cultural heritage.

Is this castle haunted?

The eTwinning project Is this castle haunted? used regional identity as a way into exploring national identity, and finally European identity. The students participating (age 9-15) were prompted to explore the medieval relics in their countries: grand castles, tales of ghosts and codes of chivalry. They then created a multimedia guide for them, employing both traditional and modern tools: written stories and mock-ups of castles, but also Powtoon presentations and Scratch games, to name a few. 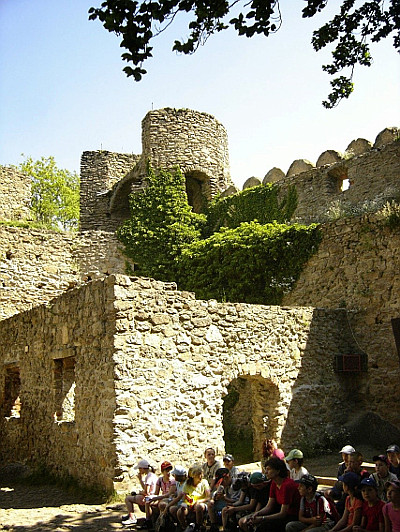 On the one hand, this process developed their ICT and creative skills, and on the other, it taught them about local history and mythology, which they subsequently shared with their partner schools (via blog posts, emails and holiday cards). Their output included a repository of European castles and a lexicon of fantastical castle residents.

The project ran from 2013 to 2014, engaging schools from six countries: France, Greece, Italy, Spain, Ukraine, and Poland (the project coordinator). It was awarded the 2016 European eTwinning Prize, as well as the European, Polish and Ukrainian Quality Labels. The project’s blog and Facebook page document its entire progress.

The Bazars of the City

During its years of Ottoman rule and British colonisation (late 19th - early 20th century), the bazar of Nicosia in Cyprus was a meeting point for an assortment of citizens: Orthodox, Latin and Armenian Christians, as well as Muslims. In the sphere of the bazar, it was natural for them to mingle, socialise or cooperate. The educational programme The Bazars of the City – hosted by the Leventis Municipal Museum in Nicosia – strives to recreate that cultural plurality, and to cast new light on it.

In the first part of the programme, students (age 11-12) observe the exhibits, texts and audio-visual material, while the second part offers them “lived experiences” in the form of role-play (e.g. impersonating a craftsman at the bazar), musical performance, and more. Accompanying this is an activity leaflet, with instructions to search for jewellery manufactured under Ottoman rule or draw oneself in period clothing, for example.

The aim was for the students to have, by the end of their visit, a new appreciation of their cultural heritage and a revised view of the “other” whom they have studied and embodied.

The project was launched in 2011 and is still ongoing. The Cyprus Ministry of Education and Culture, which developed the project, invites schools to participate in it through a circular; it makes a different selection each year, including schools within and without Nicosia. For more information on the programme, consult the Cultural Awareness and Expression Handbook Annex (available in English and Portuguese).

The eTwinning and Erasmus+ project Tourism for Teenagers focuses on both the individual identity of the participants and the similarities between them. The main part of the project had secondary-school students assume the role of “tourist guides”, taking the students from the partner countries sightseeing.

The “host” students had free choice of tourist attractions, which led to a unique product – and the project’s main output – the Young Tourist Guidebook. Written by young people for young people, it features obscure locations not generally known to tourists. It has met with a lot of interest in the respective countries, where it was distributed to all the local municipalities and some libraries. In addition, the project featured local activities; transnational meetings among the schools; language and ICT lessons; online engagements; and multiple questionnaires.

My Best Memory Of Kalamata

The project ran from 2014 and 2016 and involved five countries: the Czech Republic, Greece, Italy, Poland and Spain. It was awarded the eTwinning Quality Label in all of them, and was designated a good practice example by the European Commission. We have already featured some of the project’s materials here, but many more are available on its TwinSpace and Facebook page.