“That’s the school’s job, not mine”: ways to move parents from involvement to engagement 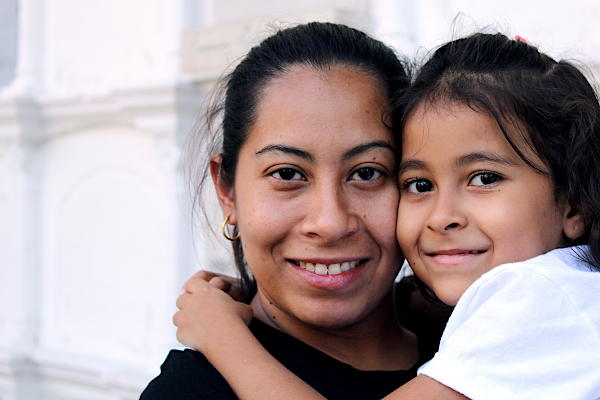 What are students’ parents like? Probably you do not have a single, archetypal image in mind. Parents may come from various cultural and linguistic backgrounds, and in addition they may be strict or lenient, curious or apathetic, creative or by the book. Whatever the profile of the parents, though, the teacher should not simply react to them but actually try to engage them in their children’s education. Here are three ways this can be done.

In family education, schools invite family and other community members to engage in learning activities of their own preference, such as literacy and language classes for migrant families or Dialogic Literary Gatherings. The research project INCLUD-ED identified family education as a Successful Educational Action (SEA).

Adults participating in this activity foster both their own learning and that of their children. An educational professional recalls: “There are children that, before their mother came to the centre, would escape from class, fall asleep in the classroom… and now it is like, ‘look, mum, I have done this!’” Since implementing family education, the Mediterrani School in Catalonia saw its students’ reading and writing skills increase from 21% (2011-2012) to 80% (2014-2015) and its absenteeism drop from 47% to 1%.

This and other SEAs were implemented during and after the project’s run to great effect; you can view their social impact and results on the project website. For more on family education, you can read the relevant entry in the European Toolkit for Schools or watch this talk by Teresa Sordé Martí:

INCLUD-ED ran from 2005 to 2012 and received funding from the European Community’s Sixth Framework Programme. Its research team comprised 15 organisations from 14 different European countries.

Softening transitions with the Parents’ Toolkit

Both teachers and parents are tasked with children’s education in their own way. This principle of shared responsibility forms the cornerstone of the Parents’ Toolkit (La mallette des parents), with which parents can support their children in learning, acclimatising, and making appropriate study choices.

The Toolkit is used at three key stages of children’s schooling:

One institution that organises meetings with parents based on the Toolkit is the Saint-Exupéry primary school in France. In that school, parents are also invited to attend a class as observers, so they may better understand how learning occurs and what kind of attitude is expected of students.

Findings suggest that, thanks to the Toolkit, parents become more engaged in their children’s schooling – with the added effect that discipline improves, absenteeism drops, and educational outcomes pick up in courses such as French.

To find out more about the Parents’ Toolkit, you can visit the official website (French) or read its entry in the European Toolkit for Schools (23 languages).

The Parents’ Toolkit is a French government initiative that is still ongoing.

Social media and the World Wide Web have fundamentally altered the communication landscape, and as a result, parents have lost oversight of their children’s social interactions. This can broaden children’s horizons and introduce them to new cultures and mindsets – but on the flip side, it can also put them at risk.

To address this issue, the ParentNets project offers parents a guide to their children’s possible online activities and particularly the dangers that the new technologies might pose for them. In the first place, it does this through a handbook containing guidelines, resources and national mitigation actions (which can also be downloaded); and in the second place, through a virtual game (available for several operating systems).

This project was an Erasmus+ Strategic Partnership that ran from 2014 to 2016 and involved five countries: Belgium, Ireland, Portugal, Romania and Spain. It was designated a good practice example.

For more resources on parental engagement, check out the European Toolkit for Schools.