From podcasting to antiradicalisation: outstanding examples of media literacy from across Europe 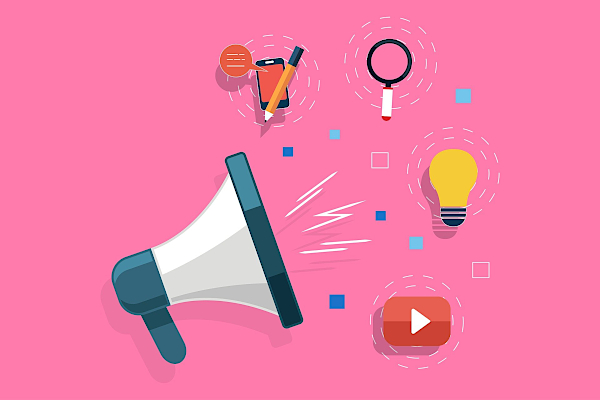 It is easy to conflate young people’s casual, uninhibited use of media with media literacy. But media literacy is not just about facility with digital devices – it also means using media thoughtfully and responsibly, with a good understanding of its nuts and bolts. These 12 European projects help teachers to explore this topic via resources dealing with digital well-being, media production and critical thinking.

4 projects for reconciling well-being and media

One of the key components of digital competence is safety: being able “to protect physical and psychological health” and being “aware of digital technologies for social well-being and inclusion.”

The French project Promeneurs coaches aspiring “web walkers” in how to guide, inform and advise young people online. These can be educators, but also youth workers and group leaders. Watch this short video with youth worker Jamel, who explains how the project can help to steer young people away from extremism.

In a neighbouring country, and after weathering a wave of radicalisation, the Flemish school GO! Royal Athenaeum Antwerp used a model of identity called Bateson’s pyramid to cut off the problem at the root.

Healthy Digital Life for Pupils, an Erasmus+ Strategic Partnership between Germany, Spain and Turkey, has published several relevant results, including a well-indexed database of resources that can support well-being online.

Another Erasmus+ Strategic Partnership called TRACES – this time involving Cyprus, Ireland, Finland and Romania – has published a collaborative online learning database with eight modules, as well as an accompanying handbook. These materials are especially designed to aid disadvantaged pupils in this topic.

4 projects for developing and producing media

The show always looks different from the backstage area. By creating their own media products, pupils can exercise their creativity and better appreciate the principles underpinning good journalism.

To facilitate such a classroom project, teachers can use a collection of activities and methodological materials from Media: to Understand and to Create, an Erasmus+ Strategic Partnership between Croatia, Greece and Lithuania. The same has project produced a curriculum to complement these materials, so they can be taught as a course.

Meanwhile, the pan-European In Europe Schools turns pupils into journalists to create documentaries for history class. Students work in groups of four, where everyone is assigned one of the following roles: researcher, interviewer, cameraman/woman or editor.

An ongoing eTwinning project about Podcasting also familiarises students with the world of the press before prompting them to create their own podcasts.

On the other hand, EduSkills+, another Erasmus+ partnership – with actors from Austria, Germany, Italy, Poland, Slovakia and Slovenia – focuses on photography. Its website features a host of activities for early childhood education: in “Where was I?”, for example, children cut out their image and place it on different backgrounds, which gives them a first impression of manipulated photographs.

4 projects for thinking critically about media

Critical thinking, when it comes up in the same breath as media literacy, often evokes the problems it’s meant to alleviate: misinformation and disinformation. There are several projects that tackle these issues, such as Fake Off – with its resource toolbox and training materials – or the portfolio of lesson plans from Hands on Media Literacy, an Erasmus+ Strategic Partnership between Bulgaria, Czechia, Latvia, Poland, Romania and Turkey.

But media literacy has a wider remit than just fake news: after all, today’s media are so pervasive that they have woven many of their tropes and narratives into the fabric of society. StereoSciFi – an Erasmus+ Strategic Partnership involving Italy, Lithuania, Poland, Portugal and Spain – critically explores stereotypes in popular culture in two activity suitcases and a teacher’s guide.

Finally, the European Film Factory provides a platform where pupils can gain a better understanding of films that have shaped European cinema, and train their “watching comprehension”, as it were. The platform is available in English, French, German, Greek, Italian, Polish, Romanian and Spanish.