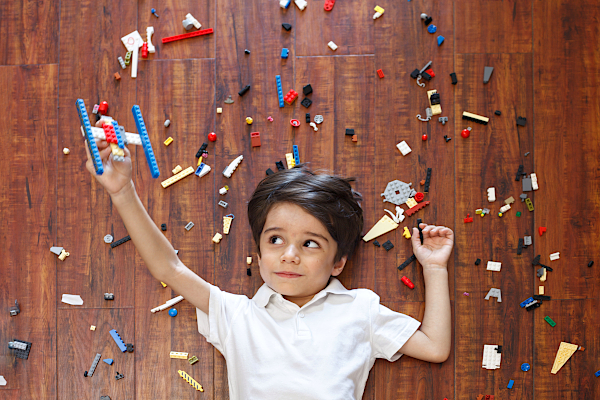 As early childhood is a critical developmental period, introducing innovative practices in Early Childhood Education and Care (ECEC) can be a game-changer in supporting children’s learning and development. Find out more about the sector’s potential through five projects that have won the Innovative Teaching Award, and a blog.

Content and Language Integrated Learning (CLIL) is an empowering approach for learning content in a foreign language, as it teaches a topic and a second language, and improves the proficiency of the child’s mother tongue. This was the approach chosen for the project CLIL in Pre-primary Education: Building a network of good CLIL practice, which involved nine pre-primary rural and urban schools in Cyprus. The schools made innovative changes to their curricula by selecting teachers to be trained in CLIL, thereby introducing foreign language learning in the classroom.

Meanwhile, the project Developing Social Competences of Children with Early Childhood Language Learning used language learning to develop young children’s social skills, collaboration, intercultural communication, empathy, tolerance, and critical thinking. In this way, it created a social network in which all children could feel fully integrated. The partnership aimed to provide a model for language learning and an interdisciplinary approach in preschool through a number of activities carried out in English, such as learning about volcanoes, creating experiments, playing online quizzes and puzzles, competing via video conferencing, and sharing fictional and non-fictional stories from their countries.

Innovating the curriculum through coding, Lego blocks and lifeboats

Innovative methods for acquiring scientific knowledge can be found in the Small Scientists Across Europe project, which aimed to help young children develop structured thinking. Through play and experiments centred around the themes of Earth, Air, Water and Fire, children reflected on ways to keep the environment clean and healthy. The outcomes of this project included four scientific books and 28 stories, as well as online activities based on the participants’ drawings and productions. In this video, two eTwinning teachers from participating schools illustrate the project in its entirety.

Similarly, the project Be a Master — think creatively – implemented by a partnership of institutions from Poland, Iceland, Spain, Portugal, Lithuania, and Greece – sought to develop innovative working methods using programming basics. A total of 155 children and 46 trainers participated in the project using a host of tools, such as Lego blocks, simple software, robots, a coding playbook, and animated cards developed via coding software. The project’s website details the development of the teaching programmes and their impact on participants, who were able to improve their basic programming skills and digital competences.

Finally, the Lifeboats full of hopes project aimed to cultivate positive attitudes toward refugees. Teachers guided their pupils in conducting in-depth research on refugees and produced a short video on the Universal Declaration of Human Rights as well as a short film about refugees around the world. They also collected comic books, e-books and online fairy tales about refugees’ stories, and essays dedicated to the refugee stream in Europe after World War II. Further details are available on the project website (in Greek).

You can also find reflections, research updates and good practices relevant to European ECEC on this blog, which stems from an Erasmus+-funded project.