Education for active citizenship: raising the citizens of tomorrow 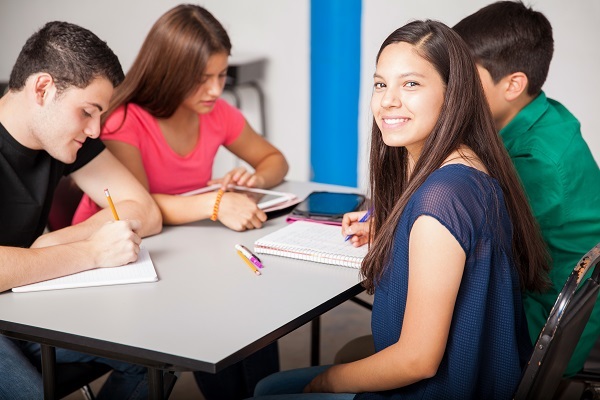 Citizens have a role to play to build a better, democratic society and developing the skills and attitudes of active citizenship is crucial. Active citizens not only know their rights and responsibilities but they also show solidarity with other people and are ready to give something back to society.

Here we look at four projects and initiatives as examples of how to plant the seed of active citizenship.

The European Wergeland Centre – Educating for Democracy and Human Rights

The European Wergeland Centre (EWC) was established by the Council of Europe together with Norway to support its members in providing education for democratic citizenship, human rights and intercultural understanding.

Working closely with national authorities, EWC creates programmes tailored to the needs and priorities of national education systems. The activities expand across Europe and are accessible for participants from the 47 member states of the Council of Europe.

The EWC Summer Academies in various locations help educators to promote democratic citizenship, human rights and intercultural understanding in school communities, while other initiatives address potentially controversial issues such as migration and refugees, sex education, use of religious symbols, and child abuse. EWC runs also national programmes like the one for Education for Democratic Citizenship in Ukraine, which aims to strengthen social cohesion between regions, or the Advanced training in Practising Citizenship in Russia, which provides a whole-school-approach training programme for teachers, school administrators and university staff.

An educative week against racism and antisemitism, France

21 March is the International Day for the Elimination of Racial Discrimination. In 2015 it was estimated that five racist acts and threats happen every day in France. To fight against this, the French government has created a focus week against racism, discrimination, and antisemitism (Semaine d'éducation et d'actions contre le racisme & l’antisémitisme).

This education event involves students, parents and school staff as well as high school organisations. It engages them at school and community level and invites them to develop their own actions against racism. On 21-27 March 2016 more than 300 projects, initiatives, debates, live shows exhibitions and workshops spread over France. For example, the students at the Jacques Brel High School in La Courneuve developed a series of activities such as analysing and discussing the movie “American History X” and creating an exhibition on Claude Lévi-Strauss. For more stories and examples see the week’s dedicated blog.

STEP: Be involved and protect your environment!

Promoting youth participation is fundamental especially for environmental issues, as decisions taken now on matters such as climate change, the depletion of resources and the loss of biodiversity will have long-term consequences. A new Horizon 2020 project, STEP, aims to encourage the participation of young people in the decision-making processes of their local authorities on environmental issues.

Launched in June 2015, STEP aims to create an interactive platform, including social media and games, through which young people will become more active and motivated to participate in the activities of their local authorities. Students are encouraged to create campaigns, apply constructive criticism to existing policies, organise petitions and take part in discussions with their local authorities.

Me & MyCity: Learning how to be a citizen

Me & MyCity is an acclaimed Finnish project which has been running since 2009. The project uses the simulation of a city as a learning environment for students to develop an understanding of how banks, post offices, utilities, museums and town halls function. The project’s principal focus is on developing entrepreneurial skills, however, while being part of a ‘miniature city’, the students also exercise and practice their citizenship skills as active members of society.

The learning concept includes teacher training, learning materials for ten lessons and a day-long visit to the Me & MyCity learning environment. The programme hosts annually 45,000 Finnish students, and it reaches over 70% of Finnish sixth-graders.

My & MyCity recently won the Global Best Award in the category of ‘Partnerships Which Build Learning Communities’. In 2017 the learning concept will also start running in Stockholm.