With 38 international borders, it is no surprise that the European Union has a vast number of cross-border regions. These are characterised by co-operation between two or more sub-national territories, through joint initiatives such as cross-border schools. These schools aim to “build a stronger and more united continent” by strengthening the relationships between regions, to improve and reinforce knowledge of one another’s culture, heritage, and language and in turn to increase the mobility and employability of young people. Here are a few shining examples of cross-border schools and initiatives both in and beyond the EU borders. 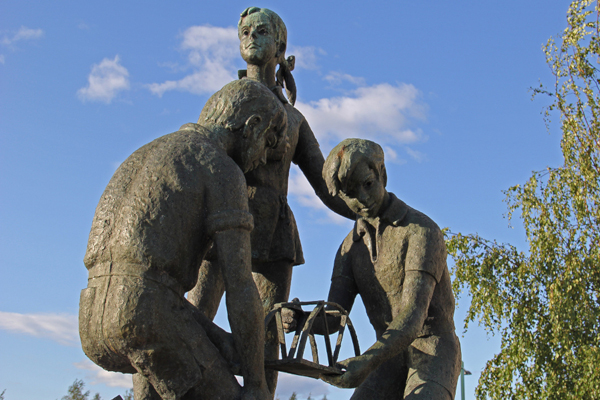 There is no better way to foster cross-cultural co-operation than through a place where borders between countries are invisible and children from different countries play and learn together from an early age. This is a daily reality for the children attending the Tornio-Haparanda joint language school, located on the border between Sweden and Finland. The bilingual elementary school is just one of the many examples of collaboration between the twin cities. Many of the joint projects are co-funded by the European Union, particularly INTERREG, and are part of the Europe 2020 strategy.

Although located on the Swedish side, the joint language school welcomes equal numbers of students from both countries. The project aims to promote knowledge of the common history of the region and foster respect and understanding among its citizens.

Although the students study mostly in their native language, groups are mixed from very early on in subjects such as arts, crafts and sports. Language learning and collaboration continue outside of the classroom, as students often play and go on field trips together.

With this great way to promote bilingualism, it is no wonder the region prides itself on being one of the finest examples of cross-border co-operation in Europe. 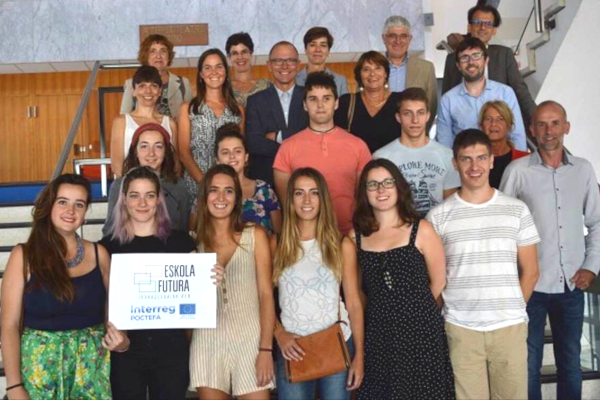 Language plays a crucial role in cross-border regions, as it can open doors to employment and mobility for its residents. This is the aim of the initiative proposed by the linguistically diverse Euroregion Nouvelle-Aquitaine Euskadi Navarra (EGTC) located on the border of Spain and France.

Eskola Futura (IRAKASLEGAIAK AEN), as the name suggests, has its sights set on the future, and it believes that the future starts with teachers. The project gives future teachers the opportunity to attend an intensive two-year training programme to prepare them to teach in French/Basque and French/Occitan bilingual public schools. The initiative aims not only to fill the increasing demand for bilingual teachers in the region but also to:

A total of 18 students from various partner universities joined the programme in 2018. Listen to what they have to say about their experience in the programme:

The project is part of the INTERREG POCTEFA 2014-2020 cross-border cooperation programme, partly funded by the European Regional Development Fund (ERDF).

To find out more about the project, check out this informative brochure.

European School in Georgia, first of its kind outside of EU 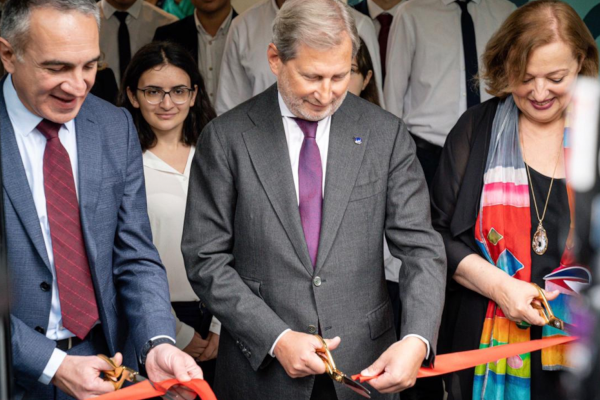 The opening of the first fully-fledged European Schools outside of EU borders will mark a new milestone in cross-border co-operation between the EU and the partnering Eastern Partnership (EaP) countries. The initiative builds on the success of the first phase of the Eastern Partnership European School project, launched last year in Tbilisi, Georgia. The programme is set to run from 2018 to 2022, giving 30 outstanding students from the region the opportunity to follow a unique curriculum based on the International Baccalaureate (IB) programme and the key elements of European studies.

The newly constructed European School, as the second phase of the project, is set to open in 2023 and will offer students the opportunity to follow the full European School curriculum. The project aims to ensure high-quality education to develop skills, foster employability, and overall increase future opportunities for youth in the region.

The new European school is just one of many examples of how the EU supports education in the neighbouring region. Through the European Neighbourhood Policy, the EU has supported youth exchanges and training programmes such as Erasmus+, improving higher education and protection of cultural heritage.