Children and art: lessons in design and creativity 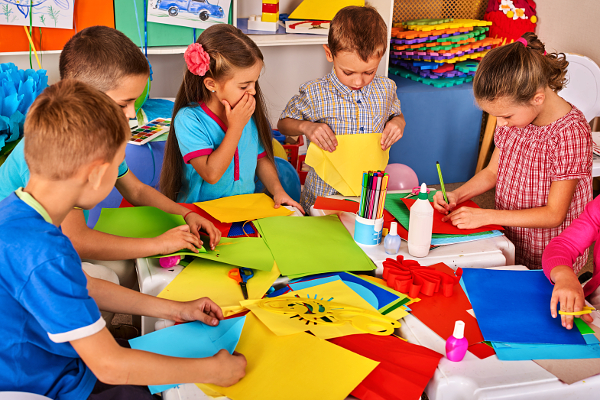 Long before we learn about numeric constants, or genes, or the periodic table, we interpret the world through art – drawing images, telling stories, playing make-believe. This form of self-reflection is well known and encouraged in early childhood education. However, the time dedicated to the arts drops with every school year; in lower secondary level, it often amounts to an annual 25-75 hours, even less than physical education. Clearly, the arts matter, but how can they gain ground in the curriculum? These projects show that a little creativity goes a long way!

Le rel-azioni scolastiche is Italian for “school essays”, but it also contains the key words “actions” and “relations”. In this way, it reflects the many facets of the project, which involved not only teachers and pupils, but also parents. The objective was to show the merits of different educational paths with multiple stakeholders. The participants enjoyed practical and artistic activities, with a focus on relational learning; at times they numbered as many as 700 people, in for example the theatrical parade along the streets of Menton. 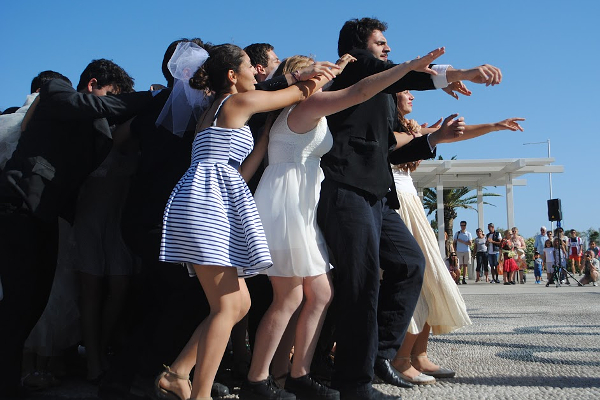 The project’s main outputs include theatre workshops for teachers, pupils and parents; audiovisual products (for example, videos about different facets of school life, and comics on the same topic); as well as activity sheets and a case study in Italian.

The project ran from 2014 to 2016, and was the work of two schools, from Italy and France. It has been designated a good practice example.

A picture is worth a thousand words

Re: ART TRUeSTory is another project that indulges in wordplay – after all, its leitmotif is storytelling. Its organisers were two art schools with shared specialisations in ceramics, multimedia, and graphic and industrial design. Together, they strove for:

To achieve these objectives, they enlisted pupils aged 16 to 18, who took turns attending the project meetings. The project had many high-quality results, including the stop-motion animation Travel of Memories about the joining of countries, the connections forged through travel, and people who unite and part again:

Other highlights include handwritten answers to the question “What are we/you like?”; sets of pictures portraying the artists, their values and their surroundings; stories uniting the two countries in some way; and silkscreen merchandise. For an overview of the results, see this lovingly designed document. 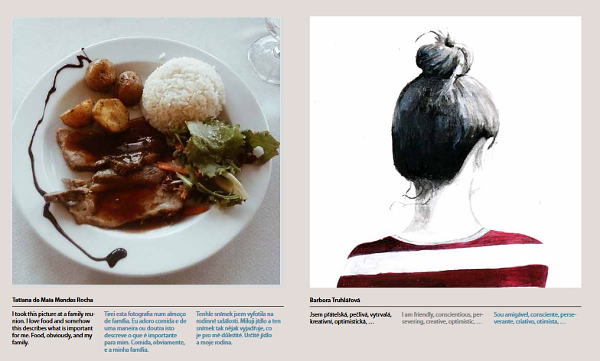 The project ran from 2014 to 2016 in the Czech Republic and Portugal. It has been designated a good practice example.

The schools that spearheaded this project had already collaborated in the past, and the title is a portmanteau of their respective cities. JihlavaLerma revolved around music – its performance, its appreciation, and its history. The Czech pupils presented Gustav Mahler and Czech musical culture; and the Spanish pupils did the same for Antonio de Cabezón and Spanish musical culture.

The main step to achieving this was the long-term study mobility of pupils, who stayed with a host family for three months. This way, they could present concerts, attend activities and workshops, and improve their language skills.

The pupils’ musical appearances can be found on the project’s YouTube channel. This includes their concerts in Lerma and in Jihlava, which came out as DVDs.

The project spanned two years (2014-2016) and engaged schools in the Czech Republic and Spain. It has been designated a good practice example and success story.

Another resounding success was the cross-border youth film project Freund – Prijatelj (“friend to friend”). The bilingual sci-fi film Bergmandlc appeared in various film festivals and cinemas, and has its own IMDB page. Its development required a significant amount of artistic and technical competence, drawing on the different talents of pupils, teachers and participating experts. Unravelling these talents was a goal of the project from the beginning, along with linguistic and technical gains, and teamwork.

The film brochure, analysis and Facebook page give a glimpse of its impressive scope. The film itself can also be downloaded.

The project ran from 2014 to 2016 in Austria and Slovenia. It has been designated a good practice example.