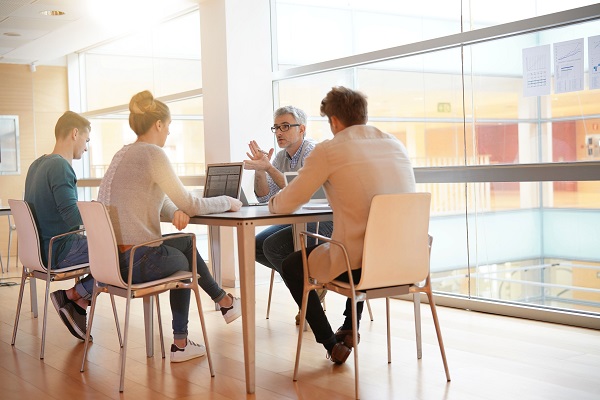 Action research allows teachers to continually assess and improve their practices through research and reflection. The following projects show how action research can benefit your classroom.

The Horizon 2020 project PARTISPACE aimed to analyse young people’s participation in democracy by researching what they do in public spaces, what it means to them, and how it can be understood on a civic, social, and political level. While it is not strictly a classroom-based project, the project conducted 188 expert interviews, 100 group discussions, 96 biographical interviews, and 48 ethnographic case studies of formal, non-formal, and informal participatory settings.

Additionally, 18 participatory action research projects were conducted by and with young people across the eight cities involved in the project, Bologna (IT), Frankfurt (DE), Gothenburg (SE), Eskisehir (TK), Manchester (UK), Plovdiv (BG), Rennes (FR), and Zurich (CH). In Plovdiv, for example, students researched and brainstormed ideas for improving their playground by conducting surveys with other students, creating a social media campaign, and arranging a group of volunteers to clean the area.

Following on from PARTISPACE’s success, four participating countries developed Partbridges with the goal of developing closer cooperation between higher education, youth workers, and young people. This project featured participatory action research experiments from the countries involved, involving research from academics, youth workers, and young people and covering various topics such as ‘Being young in times of a pandemic’. The children took part in the research component of the project, allowing them to reflect on their needs and those of other children their age and make changes based on this.

The Adverse Childhood Experience and Inter-Professional Working project aimed to improve disadvantaged children’s school experiences by working with teachers, social and healthcare workers, and police to form a collaborative approach to the issue. The project used five elements to achieve this, participation, training group skills, networking, information sharing, and critical reflection using questionnaires and interviews. The project used an action research component using surveys for the key interviews and to share information among the participants. The project, which ran from 2018 to 2021, provided teaching materials, webinars, in-service training, and a pilot course on interprofessional learning in collaboration, among other things.

The Vocational School for Construction and Land Surveying in Split, Croatia was launched Using New Media & Facebook for cross-cultural interaction in the language classroom. In this project, they used Facebook to create a collaborative group called ‘Action Project Ice-Cro2016’, where pupils could improve their language skills and share assignments. Through the group, pupils were able to improve their listening comprehension, reading comprehension, spoken interaction, spoken production, and writing skills.

Avedoere School, a primary and lower secondary school in Denmark, worked with schools in Montenegro, Austria, Finland, and India on intercultural projects in English lessons. The project was split into two parts with the aim of improving pupils’ intercultural competences. For the first half of the project, the topic looked at Christmas and the differences between cultural traditions using the English language.

While the students showed interest in each other’s cultures, a broader topic was used for the second half of the project, ‘Lunch in different cultures’. The project was given a four-month timeframe, allowing for greater analysis and reflection. Different methods such as surveys, brainstorming, questionnaires, and focus groups found that pupils were highly motivated to learn from peers from other cultures and ask them questions.

Action research does not just aid language learning but can be helpful to other areas of the curriculum too. The Norwegian School of Sports Sciences conducted a research project to investigate the role of didactic work in physical education. Using a combination of teachers’ notes and reflections and pupil logbooks and interviews, an overall analysis of the teaching was carried out. The findings provide insight into best approaches for teaching physical education and pupils’ thoughts on body image and health.