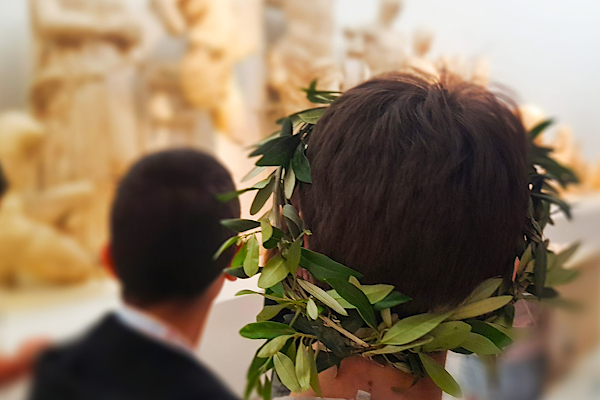 The World Cultural Heritage Youth Symposium was introduced last year – and it’s back for a second instalment in 2019. Participants will be empowered to turn their own cultural diversity into a force for global peace, security and development.

Teachers and students aged over 12 – from schools, universities and educational or cultural organisations and associations, not just from Europe but all around the world – are welcome to participate.

The aims of the Symposium are:

As a highlight of the Symposium, participants will sign a resolution on the protection of World Cultural Heritage, which will be sent to UNESCO. This Ancient Olympia Youth Declaration will condemn any assaults and crimes committed against World Heritage sites and counter any attack on cultural diversity.

The 1st Symposium took place in April 2018 with 200 participants from 12 countries. In 2019, the Opening Ceremony will take place in the Athens College Theatre on 10 April and all delegations will depart to the city of Ancient Olympia on 11 April. The Symposium closes on 14 April.

The Symposium is organised by the Hellenic Cultural and Educational Club for UNESCO under the auspices of the Hellenic National Commission for UNESCO, the Ministry of Culture and Sports, and the municipality of Ancient Olympia.

You can find all details regarding the Symposium on the official website.

The Symposium is also supported by the United Nations Regional Information Centre (UNRIC), the International Olympic Academy, the European Parliament Information Office in Greece and the Hellenic Association of Political Scientists. The official language of the Symposium is English.