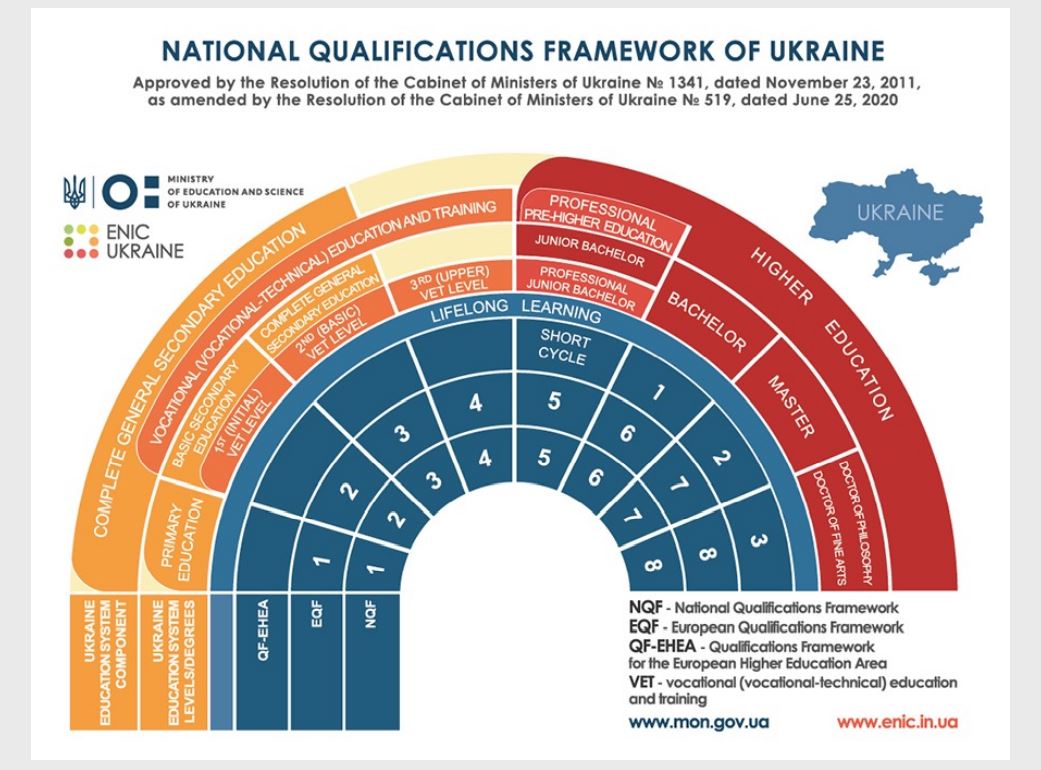 Image by: ENIC/Ministry of Education and Science of Ukraine

Recognising qualifications that refugees bring from their country of origin, as well as understanding the education level reached, plays an important role in access to higher education and the labour market.

Further structured information on all levels of education, including a link to curricula, is provided by the European Training Foundation. School Education Gateway has published an article summarising the recent education reform in Ukraine.

Rules on recognition of higher education qualifications for both professional purposes and further learning are set by the Lisbon Recognition Convention, which was ratified by the EU Member States (except Greece) and Ukraine. The Convention’s basic principle is that qualifications must be recognised, unless the institution dealing with the recognition proves that there are substantial differences between the foreign qualification to be recognised and its domestic correspondence.

The NARIC network developed the Erasmus+ Q-entry project, a database that provides information on school leaving qualifications giving access to higher education in their national context in EU and non-EU countries. This database, which includes information on Ukrainian qualifications, can be used to support recognition process for persons granted temporary protection.

Furthermore, the Ukrainian Ministry of Education and Science provided a summary of admission requirements and qualification levels in Vocational Education and Training (VET).

One challenge that can arise from assessing a refugee’s qualifications is missing documentation. In its recommendation of 5 April 2022 on the recognition of qualifications for people fleeing Russia’s invasion of Ukraine, the European Commission encourages Member States to first check whether reliable confirmation of the qualification can be obtained from the Ukrainian authorities. The Lisbon Recognition Convention (Article 7) foresees additional efforts in this context. There are several tools available, including: