Non-traditional schools could hold key to future of education 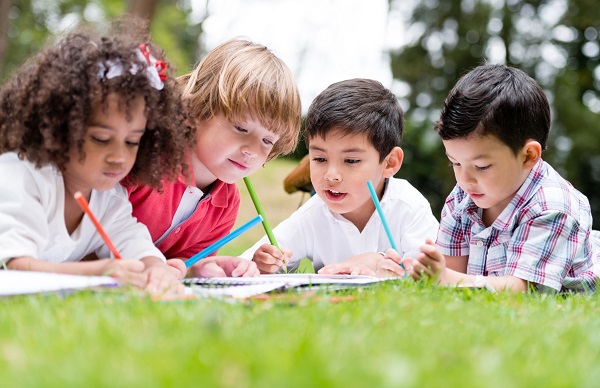 Alternative schools are becoming more popular in Flanders, and some educators think they are more effective at preparing students for higher education and the requirements of the job market.

The non-traditional schools offer a freer style of education, led by the child’s interests rather than a strict curriculum. They do away with grades in favour of evaluations and leave plenty of time for outdoor activities.

Thirty years ago, Steiner schools, which focus on creativity, were almost unheard of in Flanders. Now the region boasts some 30 of them. Add to that schools following other methodologies, like Freinet, Jenaplan, Decroly, Dalton, and Montessori, and the list grows to about 100. There are also schools that cater specifically to gifted children.

Where once the choice in Flanders was simple – either a Catholic or a non-Catholic school – parents now have a lot more leverage in where to send their kids. This choice has arisen, says Hans Annoot, co-ordinator of Steiner Schools in Flanders, because parents are more conscious of what kind of education they want for their children.

“Society is changing very rapidly, and the old ideas about education are changing,” he says. “Diversity is growing, and that is mirrored in the variety of schools. Parents increasingly feel that the traditional ways of educating are driven by economic motives – to feed the labour market – and that this is too narrow for their needs."

The focus on the child’s individual needs and the typically smaller classroom sizes in the non-traditional schools offer a much welcome solution to parents whose children cannot settle in regular schools, because of shyness or issues such as bullying. Parents say that smaller classrooms are especially important, given that children start school as early as two-and-a-half.

Education experts say the non-traditional approaches are being increasingly adopted in regular schools. Although this is happening primarily in pre-school and primary education, there are discussions about how the creative and entrepreneurial learning styles could be employed in secondary schools.

There is also pressure at the supra-national level, notably from the European Commission, which has been pushing for schools to pursue more creative approaches, as mentioned for example in the Commissions new action plan.