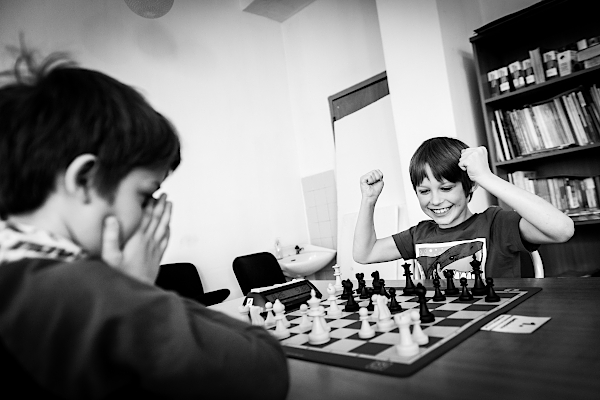 Not all games are digital. Schools all over the world are discovering the ancient game of chess as a pedagogical tool. Stefan Löffler, an expert on strategic board games in education, leads you through this innovative learning approach.

Chess had long been perceived as an activity for more talented pupils who could benefit from an extra challenge. Lately, though, it has been shifting from a competition for the gifted towards an inclusive educational activity, as well as from secondary schools to primary schools.

Following rules, thinking ahead, considering what the other person can do not only triggers cognitive attainment but also helps with social skills. Chess trains concentration, decision-making and self-responsibility. While learning chess does not depend on language, verbalisation is improved when children explain their moves to each other.

In 2012 the European Parliament declared its support for the introduction of chess in education systems. Millions of European pupils are now participating in curricular or after-school chess programmes. In Armenia, all primary school pupils have two chess lessons a week starting from second grade. In Hungary, chess is a voluntary subject. The widespread use of chess in Swedish and Danish schools is led by chess associations. Spain is more typical in allowing schools to adopt chess as they see fit – transversally or as a subject.

Chess features in a few Erasmus+ projects. CASTLE (2014-2017) was celebrated as one of the best projects coordinated in Italy. It applied giant chess boards to promote motor skill development, an innovative method that has been adapted for young pupils. CHAMPS (2017-2019) collated chess-related puzzles and activities for primary school mathematics. MATE (2016-2019) and Black and White Sport: Chess (2018-2019) will publish their findings later this year.

While chess has many advantages, it also has a shortcoming: its strategies and tactical motives usually have to be taught to children. There are modern abstract games that are less complex and allow pupils to figure them out by themselves. In our next project, 8 BY 8, we strive to explore the educational potential of simpler but less known strategy games, while building on the huge experience with classroom chess.

Stefan Löffler (@StefanLoeffler) assisted in CASTLE and CHAMPS. He directs conferences and trains teachers on strategic board games in the classroom; he is also a consultant at ChessPlus and member of the Education Commission of the World Chess Federation.