Drama for Learning: a changing movement across Europe 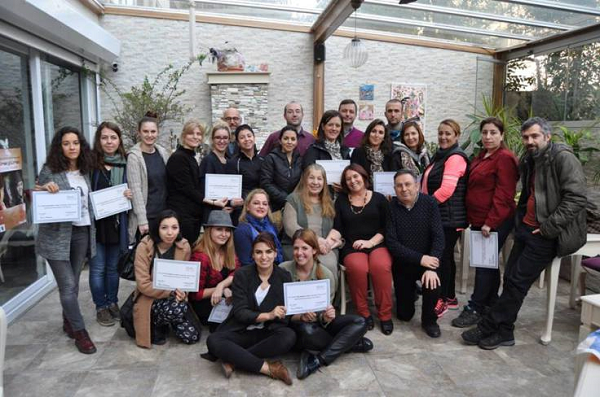 International drama, theatre and education expert, Patrice Baldwin, reports on the interest of European educators to incorporate drama strategies as part of their pedagogy.

I have been privileged to work with drama teachers, theatre educators and actors in in Poland, Austria, Iceland, France, Sweden, Finland, Norway, Serbia, Greece, Austria, Germany and beyond for more than a decade. The national policy approaches often differ but what is common is the enthusiasm of teachers to embrace new approaches to building creative learning processes and the professional partnership working it can inspire.

Some countries classify Drama as solely Theatre. Others use Drama as pedagogy in schools. Iceland has placed Drama in its national curriculum, whilst England slimmed down Drama in its new curriculum (2014). In Germany, curriculum drama provision varies from state to state but the states come together for the annual Schultheater Festival. The growing Scandinavian interest is evident at the annual Drama Boreale conference and the Swedish Arts Council invited me to speak at the European Capital of Culture 2014 Conference in Umeå.

In Turkey I have worked in Ankara, Sanliurfa, Eskişehir, Adana, Trabzon and recently Istanbul through the professional organisation, Cagdas Drama. I have led workshops at Istanbul Art Academy for Istanbul Drama, where I was delighted to learn that Drama is now statutory for schools in Istanbul. To support this, Turkey has established an impressive national Drama qualifications scheme for serving teachers. The next International Drama, Theatre and Education Association (IDEA) World Congress is also due to be held in Turkey in 2017.

FLISS (the Icelandic Drama Educators Association) took part for 2 years in the ‘Drama for Learning and Creativity’ (D4LC) project that I set up for National Drama in England which was then directed and disseminated internationally through UNESCO Arts Education and IDEA Conferences. D4LC involves training and supporting primary and secondary teachers (whether drama experienced or not) to become better at working alongside children and young people in imagined worlds that they create together for learning purposes. A special feature is that school leaders, teachers, local authority advisers, universities and local drama specialists work together in partnerships.

The new ‘Drama for Thought, Talk and Writing’ (DTTW) initiative, involves training groups of teachers in using Drama Strategies to support teaching additional languages. This developed from work I did in a Polish language school and more recently in Uruguay and Argentina. Hopefully it will gain interest across Europe, particularly at this time of migration, finding another way to respond to teaching and learning needs.

Patrice Baldwin was Chair of National Drama (UK) for 12 years and President of the International Drama, Theatre and Education Association (IDEA) from 2010 – 2013. IDEA has a regional group called IDEA Europe. It is a supportive forum for sharing different practices, ideas and partnership possibilities for drama in education.