Does it matter if men don’t teach? 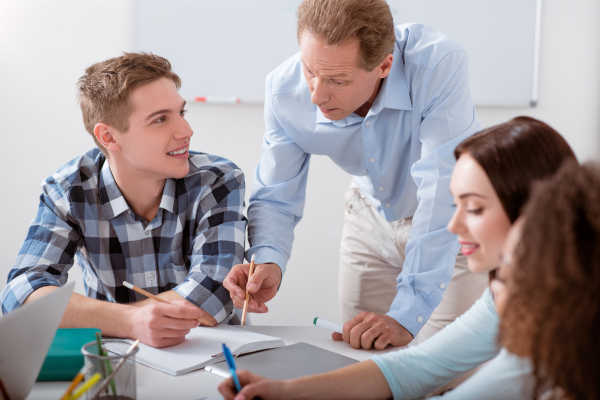 According to the latest Eurostat data, only 15% of primary school teachers in Europe are men. And in the future, this gender imbalance is set to intensify. So why does it exist and, more importantly, does it matter?

The first observation to make from the Eurostat data is that gender imbalance changes at different stages of education. Women outnumber men in school education – but in higher education, men make up 60% of academic staff. What could be the reason for this pattern?

Sometimes the obvious explanation is the correct one. This picture mirrors a society which values higher levels of education more than earlier stages, granting them vastly superior status and financial remuneration. Low salaries and lack of prestige make teaching an unattractive profession – and women are often over-represented in those. There is also a widespread belief that teaching provides little opportunity for professional development (although this picture lacks nuance).

A second reason that may explain the absence of men is linked to stereotypical beliefs about gender. As long as our culture continues to portray men as being unsuited for caring professions such as teaching, nursing and social work, this is likely to continue.

But whatever the reasons men are discouraged from teaching, does their absence matter?

Many commentators have linked the lack of male role models, including teachers, to underachievement of boys compared to girls – but there is anecdotal and empirical evidence to the contrary.

A second way to look at the issue is to consider the hidden curriculum: what cultural values are being absorbed through school? Among other things, students learn that the labour market segregates humans by gender, considers women more suitable carers than men, and doesn't value professions such as teaching.

So the absence of male teachers is indeed a concern. How do we convey the message that students can develop the skills and knowledge to overcome inequality while they are learning in an environment that is an embodiment of such inequality? Ultimately, ensuring that men find the teaching career attractive is essential to combat gender discrimination and promote democratic values.

This article was written by Peter Birch and David Crosier, and originally published on Eurydice (Facebook: EurydiceEU). It has been adapted for School Education Gateway with Eurydice’s permission. Full version in English.