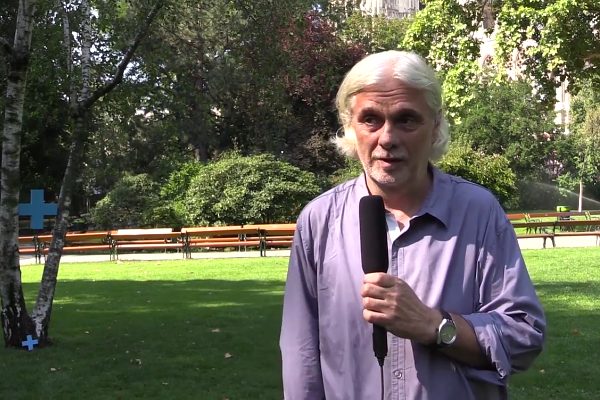 Have you ever heard of metrolingualism and superdiversity? And do you know what it takes to teach a multilingual classroom? Expand your knowledge in this interview with Thomas Fritz, head of lernraum.wien, institute for multilingualism, integration and education.

What are superdiversity and metrolingualism?

I think the most important thing about the concept of superdiversity – which is actually a lens of looking at society, not a theory – is that we have the situation that lots of people make use of modern technologies, social networks, and that they communicate with people in other parts of the world: their friends, their relations. So they are permanently not in one place but they are in different places. And we have lots of young refugees whose language repertoires are like a map of the route that they have taken – from Afghanistan, Iran, Iraq to Austria. And their situation: because there is one guy who had Somali in his repertoire because he spent three months in Traiskirchen, the refugee centre, and he had friends from Somalia, so he learned Somali. And all these kids have seven or eight languages in their repertoires. It is fascinating.

Multilingual classrooms are a challenge for teachers these days – how do teachers manage to deal with them?

Multilingual classrooms are a gift. We have been working on multilingual classrooms quite a long time now – the last six, seven years – devising activities, making use of multilingualism in classrooms. And what we found is that it is not only making use of languages that probably the teachers don't know; it's also a question of power and tolerance. And I think the basic thing about multilingualism is that it opens up a wide range of resources. But what we have to do is we have to make use of the resources.

For example, if a child speaks Pashto and is able to compare Pashto grammar to German grammar, not only is this child – at the moment of making use and presenting that to the rest of the class – the expert, but also it might and it will and it certainly does make it easier to understand the German grammar and to make a comparison. We think we can prove – and other people have proved – that this actually helps kids to learn other languages. And especially kids between the ages of six and ten are curious; they want to learn languages. We need to take this interest in languages and we need to make use of these resources. And then it's fun. And then teachers can learn on the job. And metrolingualism comes in here as well to look at errors and mistakes with a curious perspective, with an ethnographic perspective – just to see what's there and try to find out why it's there.

What do you think about segregating language learners?

The second assumption is that only when you understand German very well you can understand what is going on in school, which I think is also wrong – because this is only true for very much language-based content. And it is a counter-integration measure. If we aim at integration, then we have to do integration, and one part of integration is integrated classrooms.